The In Between by Marc Klein 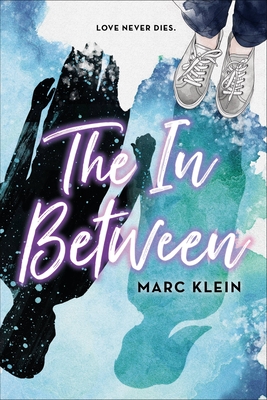 I dithered a little on how to rate this. I loved the set-up but ultimately THE IN BETWEEN ended up all over the place. It's dual-timeline, with both past and present storylines. In the past, the heroine, Tessa, is falling in love with a jock-y manic pixie dream-boy named Skylar, who is good at sports but also speaks like five languages, is into 80s music, and watches arthouse cinema and French films. In the present, Tessa is recovering from the accident that killed Skylar and ruptured her heart, nearly killing her as well.

There's a bit of a magic-realism element in this book, like BEFORE I FALL and IF I STAY and all of those other books that rode on the coattails of LOVELY BONES. But it doesn't really work super well here because it feels so undefined. The dialogue and the slang don't really feel authentic (lots of "bros" and "yos") and it seemed like the younger characters were super precocious and annoying, not really into the sorts of things kids would be into but more into the things that an adult who watches a lot of Woody Allen and John Hughes movies would be into while also trying to channel John Green.

I was invested enough to read to the end, but ultimately the story fell kind of flat for me. I didn't really relate to any of the characters and while I thought most of the cultural references-- 80s new wave, 90s alt-rock, French and indie films, getting drunk on soju-- were fun, I'm a pretentious snob in my 30s and I'm not sure a lot of teens would get the appeal. I think it's trying to be too high brow and meaningful for what it is, and I'm not really sure who the target audience for this book would even be. It does kind of remind me of those pretentious hipster teen movies that were coming out in the mid/late-2000s so I guess if you're into that, you might like this.