Lycanthropy and Other Chronic Illnesses by Kristen O'Neal 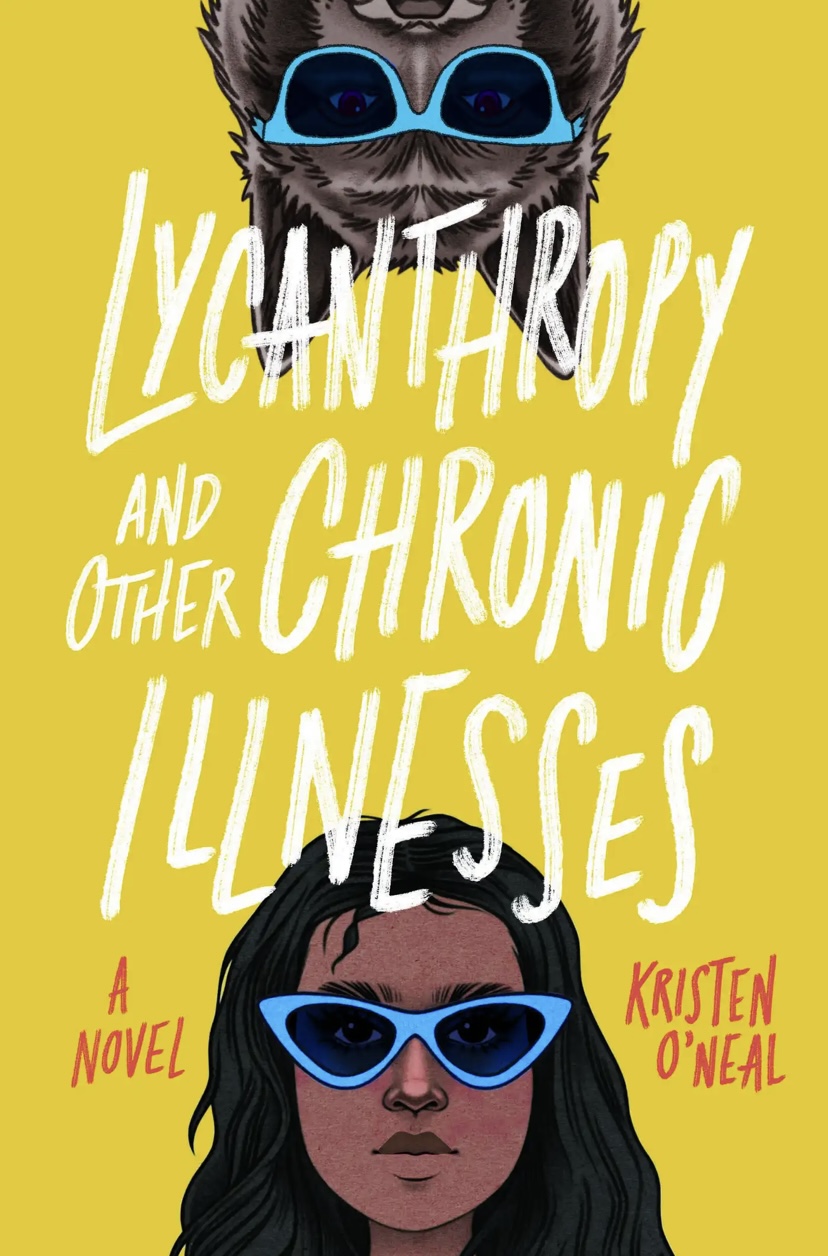 My thoughts for LYCANTHROPY AND OTHER CHRONIC ILLNESSES are kind of all over the place. There were things about it that I really loved and things about it that I didn't like as much. But one thing it did that I think is really fascinating is that it compares lycanthropy to chronic pain illnesses, choosing to focus on what impacts constant shape-shifting might take on the body, the muscle pain and bruising that could ensue, the gastrointestinal distress from inhuman diets (e.g. raw and possibly rancid meat), and what havoc it might wreak with hormone levels. I thought that was a unique take, one that I can't recall seeing being done before.

Priya, the heroine, is a Christian Tamil girl who has just been stricken with the "bad" kind of Lyme disease that causes lifelong health problems. Originally a pre-med student at Stanford, she's been forced to take a leave of absence due to health issues where she has returned to live with family in New Jersey to try and manage her joint pain and lethargy. To help cope, she talks with her online friend, Brigid, and a Discord server group for other people with chronic health issues/pain called "Oof, My Bones."

When Brigid goes missing one day, Priya automatically assumes the worst and drives down to check up on her friend, who has been seeming increasingly aloof and depressed. She's shocked to find a big, wolf-like beast in her friend's home and even more shocked when, once she returns with Animal Control, she finds her friend, naked, in the bathroom where she thought she left the wolf. Is her friend... the wolf?! (I mean, obviously, but let's play along here.)

I can't speak to the accuracy of the Tamil rep or the chronic pain rep, but most of what I read seemed to make sense. Which actually ties into one of the issues I had with the book which might actually be fine-- inconsistent tone. This book wavers between light-hearted good feelings and soft friendships and really, really dark. Some of the characters get frustrated, fed-up, and depressed. There were several moments in here that almost made me cry. And since chronic pain doesn't go away or lasts for a long time, I guess it makes sense that those highs and lows would be reflected here? It just felt weird to me, as a reader, because it felt like the book was wildly oscillating between extremes but once I finished, I decided that this could just be a reflection of the characters trying to make the best out of a bad situation, like someone else might be trying to do with gallows humor and the like. Just be forewarned that there are major mental health triggers in this book, as well as detailed descriptions of physical ailments.

A lot of the book is written in chat-speak and it felt natural but could also be tedious to read. The last act of the story really drags and becomes almost heist-like in terms of plot, which was fine, but I felt went on too long, and it felt as if it were written in such a way that the author was figuring out how the book was going to end as she went along and took us all along on that stumbling journey. The end result of that was that it felt like this book was about eighty pages longer than it should have been. I did like the ending, though, which seemed to be about accepting the bodies we're given and making the best of what we've got, which I think is a really positive message. I've read other books about physical ailments which took on a decidedly ableist perspective, and the "it's okay not to be okay" message of this one where the focus of the book was on a supernatural/adventure element instead of on the ailments of the characters themselves as the central conflict was actually really refreshing.

I will note two things: 1) the wolf on the cover is NOT Priya, but her best friend, Brigid, in werewolf form, and 2) there was some concern from South Asian reviewers that the rep in this book wasn't completely accurate since it isn't #ownvoices, so if you have similar concerns, I'd check out some of those reviews for specific details.

Also, if you read this and find yourself thinking "You know, I'd really like to read more paranormal books with Indian rep that actually feature Indian shape-shifters," check out THE DEVOURERS by Indra Das.

Overall, this was a very unusual and interesting journey with some emotional ups and downs and I look forward to seeing what else this author comes up with.