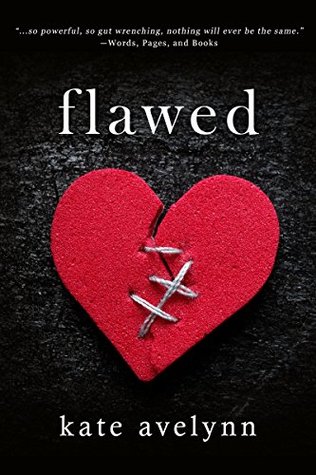 I'm going to get on my soapbox before I begin my review and talk about something I've seen a lot of people arguing about on the internet: tough subjects and antiheroes in fiction. A lot of reviewers and authors seem to assume that if a reader dislikes a story for having unlikable characters and an ugly plot, they are milquetoast pearl-clutchers who can't stomach the harsh truths and grey lines of reality.

Everyone is entitled to like what they like and if someone is a milquetoast pearl-clutcher who can't deal with the harsh realities etc. of life, that's their business. But there are different ways to go about approaching a dark story, and a character can be unlikable because of bad writing or bad character development and not because she's an edgy edgelord who edges close to the edge. Likewise, a plot can come across as being cheap and overly sensationalistic rather than the complex morality conundrum an author and his or her readers seem to think it is.

This is not specific to this author or her readers who, as far as I can tell, seem pretty chill. But it's something I thought about while reading because even though it's an interesting story with very dark themes, I did question the reasons behind some of their choices. This is a story about incest and abuse, and two siblings who end up closer than they should be because of the nature of their home life. Sarah lives in terror of her father's physical and sexual abuse and turns to her brother for protection. But her brother is very much his father's son in a lot of ways, and it isn't long before she beings to fear his protection as much as she used to need it.

There is a phenomenon in psychology called "learned helplessness" which is a horrible name for the behavior patterns that people suffering from depression and chronic abuse sometimes learn-- which is that, in the absence of any real control over the horrible things that happen to them that cause emotional and physical pain, it takes far fewer resources psychologically to just give up and shut down. It's why "just leave" doesn't work for those living in bad domestic situations and "just cheer up" doesn't work for people suffering from major depression. They literally cannot help the choices they make or the things they feel, and changing their behavior and thought patterns can require medication and therapy.

I bring this up because Sarah was a very frustrating and passive character and while this does work, some of her decisions felt questionable even within the framework of her situation-- such as her desire not to use a condom with her boyfriend (luckily, he refuses), and going to her brother again and again even when she knows that he might actually hurt her or the people she cares about. It's interesting and difficult having a character who is this damaged as a narrator because it requires so much subtlety and keen insights into her psychological underpinnings that she becomes almost an unreliable narrator who is completely out of tune with her own mind, as well as her reality.

James was an interesting character and his battle between wanting to protect his sister and give into his own darker nature was fascinating. I saw other reviewers talking about how he was the real star of the book and I think that's true. He was a very complex and tragic character but because of what he did, it was impossible to like him. The father was basically a cardboard cutout of a character-- a small town celebrity who can't let go of his own glorified past, whose alcoholism taps into and unleashes his narcissism and violent impulses. But despite that, he was pretty frightening.

The end result is a story that doesn't really have any likable characters, except maybe for Sam. All of their friends were awful and the rest of the town seemed to turn a blind eye to the father's actions because of his celebrity status. It's an interesting experiment but it's hard to say if this is a story I "enjoyed" because even though the author didn't romanticize the story, it wasn't really entertaining in a literal sense and the ending was such a downer that I would never want to reread this book. I can see why some people love this book because apart from Tabitha Suzuma's FORBIDDEN and FLOWERS IN THE ATTIC, there aren't a lot of stories out there like this, and it's brave to take on such a weighty and controversial subject. But on the other hand, I can see why people hated it, too. It's a tragedy in three acts and if that isn't what you're into, I can see why someone asks themself: "was it worth it?"

Going back to my original point, "edgy" isn't always the draw that some people imagine it to be, and just because you think that darkness has merit, that doesn't mean everyone does, or that every author is equally good at handling it with equal finesse (or that everyone has the same definition of finesse). If you enjoy reading about soap opera-like stories rich in melodrama, difficult subjects, and dysfunctional families, you'll probably love this. It's incredibly well-written and I'm shocked that it's indie because it comes across as very polished and has a solid narrative arc that neatly leads to the inevitable conclusion. It's a shame this author hasn't written more stories...