The Thud by Mikaël Ross 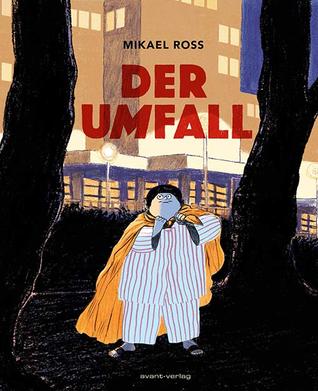 Originally titled Der Umfall in German, it looks like it is being translated into both THE THUD and THE FALL in English. The edition I got was called THE THUD. I was a little confused about what this was going to be about. For some reason I thought it was going to be about a neurodivergent superhero because of the way it was packaged, but it's actually a slice of life book with some magic-realism elements set against a backdrop of tragedy and coming-of-age.

Noel is a young man who lives with his mother in Berlin. They love each other a lot, despite the inevitable friction that arises in any family, but one day she has a fall and doesn't get up. She's taken to the hospital and Noel is driven to a real place called Neuerkerode, a small town in lower Saxony which is apparently mostly populated and run by people with developmental disabilities. He goes to town festivals, the disco, and tries his hand at things like pottery and judo, all the while wondering when his life is going to go back the way it was.

I thought this was a really good book. I love learning about new things and I'd never heard about Neuerkerode. I don't even think it has an English Wiki page (although it has a German one!). Noel is a sympathetic protagonist who makes some very human mistakes. Seeing him make new friends and learn some independence was very sweet, although there are a number of really sad moments in this story-- not just the inciting incident in the beginning, but also when the old woman Noel meets talks about being separated from her brother in Neuerkerode during WWII and his disappearance.

Overall, I think this graphic-novel is going to appeal to anyone who likes European graphic-novels that are more literary in nature. I guess while writing this book, the author made several trips to Neuerkerode to interview residents and learn about the town and I think it really shows. You can really imagine what it would be like-- the author captures it all in his unique drawing style.