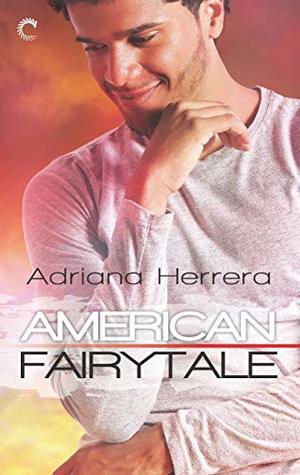 The first book in this series, AMERICAN DREAMER, was so good that I immediately zoomed out to grab all the other books in this series. It was a laundry list of everything I love in fiction: positive friendships, loving families (well-- for the most part), food and foodie culture, diversity(!), and a slow-burn romance where the focus is on the building of the relationship rather than a purely sexual need.

AMERICAN FAIRYTALE... is not that. Camilo is a social worker, which is awesome, and when we meet him he's at a charity event, where he meets a billionaire who casually throws down $10,000 for a plate at the event. They have sex in a bathroom before returning to the event. And then... it kind of gets boring?? One of the things that made AMERICAN DREAMER such an intense read for me was how real Jude and Nesto felt. I know people like them in real life. Even though the book was set in NY, SF has a food culture scene just like that, and I got to drool over the book while enjoying my foodie adventures vicariously through the story. It was passionate and interesting and emotional, and the villain of that story added some pretty desperate conflict to the pacing and plot.

I just don't find billionaires all that relatable. And while I will read billionaire romances on occasion, there has to be more to appeal than just "wow, he's commanding at sex and has a fuckton of money." Because I already have the t-shirt for that. In fact, I have many t-shirts. And they're all full of holes. I also didn't really like Milo as much as I liked Nesto. Part of that was maybe because the plot didn't seem to focus quite as much on his passion for his work, like Nesto's story did, which hooked me in from the beginning and didn't let go. I'm definitely going to continue with the series, but I think I'll be skipping this one, as I'm just not all that interested in Milo or Tom.