How It Feels to Float by Helena Fox 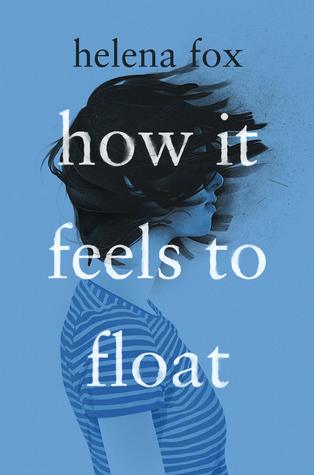 HOW IT FEELS TO FLOAT is Aussie YA about a girl named Biz who floats her way through life, hears photos speak to her, and sees her dead dad. Written in an evocative magic-realism style, the reader is never really 100% sure whether or not the things that Biz is seeing are really there-- in part because she isn't, either.

I'm so grateful for the people who reviewed this before I did because they set me up for some pretty strange narrative decisions. The first half of this book is much better than the second, which does fall apart. It gets even weirder, even more lyrical, and loses sight of some of the things that made it such a compelling read for me in the first half because of how they mirrored my own high school experiences: being bullied, the dissociation that comes with depression, the dialed-in feelings of trying to live with people who seem normal when you feel anything but, the emptiness. I felt all of that so strongly and then in the second half of the book it's like it loses all of its heart.

HOW IT FEELS TO FLOAT is not a bad book but it's definitely one of those odd ducks that doesn't really fit well into any particular category. There were some things it did a good job at (sympathetic narrator, a pretty decent job at dreamy prose, a heroine questioning her sexuality-- I think she's coded as bi demisexual). There were also some things it didn't do quite as well at (cohesive narration, having an actual "point" to the heroine's journey). I'm not sure that this author's style really syncs up with mine, but those who click with her will love it.