Twist Me by Anna Zaires 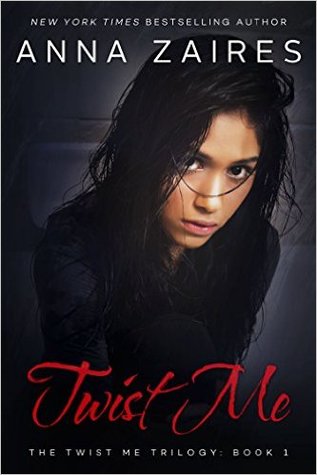 Here's the thing about kidnap erotica - once you have the hero kidnap and assault the heroine, the good-guy card is off the table. At best you could have an antihero after one hell of a redemption arc, but don't, for the love of all that is holy, try to make the rapey hero seem romantic or chivalrous.

My problem with TWIST ME is that there are way too many mixed signals that make this book feel icky. Nora actually does make an attempt to fight her captor, Julian, but she also constantly refers to him as a dark angel and frets about her traitorous body many, many times. Julian is also one of those slimy villains who tries to act all suave, conveniently forgetting the fact that he is in fact a douche who kidnaps women for sex. Add to that a brain-washed minion named Beth whose one job on this island appears to be Professional Gaslighter, and the whole book just has this skeezy, unclean vibe that makes you feel like you've gone a day too long without a shower.

I've decided to DNF this book because I don't want to waste time on books that seem like they're only going to end up annoying me. I'm shocked at all the good reviews this has, as it's certainly nothing special in the kidnap genre, and the writing is repetitive and incredibly subpar.