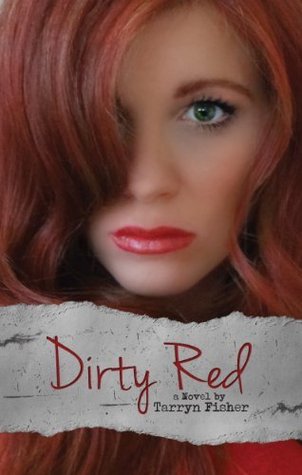 I'm usually pretty bad about reading sequels because I'm both easily distracted and a cheapskate, so sometimes years will go by before I'll say to myself, "You know, I really liked X book, maybe it's time I should read the sequel to X book..." but of course, I never do. Or at least, I usually don't. I read the prequel to this book, THE OPPORTUNIST, just a few days ago, and I've already finished DIRTY RED with my eye on THE THIEF. It's that addictive.

While reading, I kept wondering what this series reminded me of, and then it hit me: BIG LITTLE LIES. This Love Me with Lies (see? it even has "lies" in the title) is like a smuttier, trashier version of BIG LITTLE LIES. Maybe if BIG LITTLE lies were written by Jackie Collins instead of Lianne Moriarty.

The first book is written from Olivia's POV, in both "past" and "present," and we see all the scheming and conniving Olivia had to do to not just meet Caleb the first time but to steal him back later. This book is written from the "other woman", Leah's, POV, and as with Olivia, we get to see all the scheming and conniving Leah had to do to steal him again and then try to hold onto him. Not an easy task, because as we saw in THE OPPORTUNIST, Caleb's not all sweetness and light, either.

It's been a while since I read about a character who was so flawed and repulsive and yet still managed to be interesting. I think the last one was probably one of the women in that 70s potboiler classic, VALLEY OF THE DOLLS. Leah obviously has some sort of personality disorder - she's clingy, needy, manipulative, and cruel. The things she does to Caleb and then, (spoiler) to her own daughter are just awful. And yet you can't help but feel bad for her, because technically (well, not technically - actually) Olivia is the other woman and Leah is just trying to hold onto what's hers. The problem is that she won Caleb's affection through false pretenses, just as Olivia did, and sees him more as a prize to be won and displayed than as an actual person with thoughts and feelings. In many ways, she and Olivia are cut from the same cloth, and you find that out when more of Leah's backstory is revealed in this book and you discover just how messed up of a person she is, as well as her family.

Like THE OPPORTUNIST, this story is told in "past" and "present." The writing in this book, however, is a real step up from its prequel. The characterization is excellent, and Leah bursts from the pages in a way that Olivia really didn't - maybe because the author tried too hard to make Oliviafeel like a sympathetic character, whereas Leah just gets to completely be her wretched, awful self. I loved it. How often do you get a truly disgusting antiheroine as a protagonist? It's so rare. I devoured this book in a single day, feeling as giddy as a person working their way through a tub of illicit 2AM ice cream. I know that this is trash, but oh what decadent, glorious trash it is. I want more.