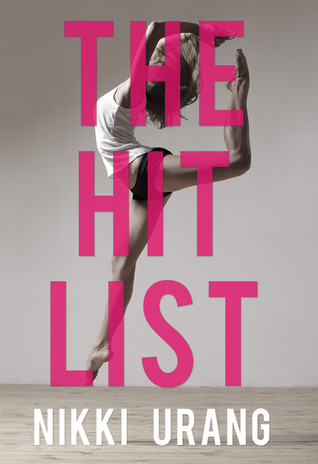 There's nothing better than trash when you're in the mood for a hot, soapy mess. THE HIT LIST served this function admirably, with a truly bizarre storyline that somehow worked. I mean, I never would have thought about combining a story about a broken ballerina trying to redeem herself and a college sex game together, but maybe I'm doing something wrong with my life.

Sadie was once a promising ballerina on the cusp of a prestigious career. Then her dance partner let her fall, and after a devastating injury and even more devastating breach of trust, Sadie was left in the ashes of her rising phoenix ex-partner. She was so ~damaged~ that she left New York for L.A., to go to a performing arts college where she can lick her wounds.

She is instantly attracted to this guy named Luke, but all of her friends - especially this girl named Brielle - say that he's bad news. When he's assigned as her dance partner, Sadie absolutely feels that she cannot trust him; she's afraid of falling in more ways than one (ho, ho, ho). Worse still, Luke is one of those dudes who delights in mixed signals, and the whole book is a game of "he loves me, he loves me not," up until the very end, when you finally figure out what's going on.

What makes the whole "he loves me, he loves me not" aspect even more devious is that Sadie's college is playing a sex game where a bunch of boys, called "Hitters" can sign up to "hit that" (read: hot women voted on by the school) for points. Urang saves this from being super-extra-wtf-skeevy by having the people in charge of the game insist that all "scores" must be consensual. It's still pretty skeevy though.

Sadie is one of the chosen, because of course she is, and the blurb is a little misleading in this regard because it makes it sound like Sadie is the #1 choice. She isn't. At least, not for a while. The game actually has little to do with the story, apart from stirring up all kinds of angst with Luke.

I liked this book because it was trashy, and I was in the mood for trash. It is very readable and those pages went by quickly. The dance angle was interesting and I'm apparently a sucker for these types of performing art/tortured artist stories. Sadie's story was sad and I did want to see her do well - that's PART of what annoyed me so much about the ending. The other thing that annoyed me about the ending was someone does something bad and faces no consequences for it. WHAT. Why?

If you like trashy new adult that is well-written and more engaging than the usual "rich white people with self-manufactured problems and way too much unprotected sex" formula, THE HIT LIST is worth checking out. Just keep in mind that it is very trashy and has a stupid ending.