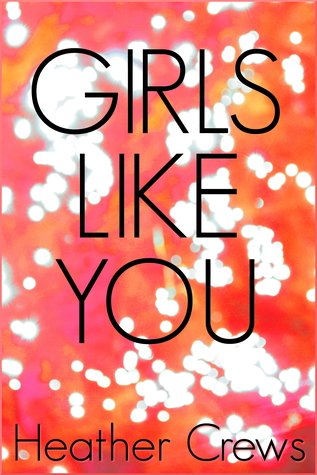 It's no secret that Heather Crews is my good friend and normally I won't ever read friends' books, but I know that I'll enjoy hers and that she won't flip out if I don't, so she is one of the very few exceptions to this rule of mine. In fact, GIRLS LIKE YOU is one of the few books of hers I hadn't read, so I was really excited to buddy-read it with my friend Jess, and get it off my Kindle plate.

As far as nice guy heroes go, Fox is more appealing than most. I'm a fan of red-haired men (see my obsession with Eddie Redmayne, Harry Windsor, Shaun Evans, and prince daddy himself, James Norton), so that was an easy win. I also thought it was cute how awkward he was, and his low self-esteem and romantic aspirations made me want to give him a hug. It made me want to give him more than a hug, actually, but let's keep this PG, shall we?

I was also pleased to see numerous "Heatherisms", such as motels, diners, odd facts and quirks that were obviously intensely-researched, and hot-AF sex scenes that were probably not in your mother's romance novels (unless she knew where the good stuff was and had a cache of Rosemary Rogers sitting on her bookshelf, in which case, your mom is the coolest, k thanks).

The problem was, this book kind of bored me? I thought the beginning was great and Allison's character was really fleshed out - especially in terms of her disability and how it was broached in the book - but there just wasn't much action. I didn't really buy the teen kidnappers/heist thing and the overarching conspiracy was a little weird and nebulous. I guess I was expecting a bigger twist, something more sinister (although the thing with Ruby was pretty creepy). It almost felt like two books that had been crammed into one and not necessarily in the best way.

Ultimately, I'm giving this 2.5 stars because it entertained me and I could see it being a weird indie movie with an all-Halsey soundtrack, but this is definitely not one of my favorite H.C. books.

Now, time to reread DREAMS FOR THE DEAD while internet-stalking James Norton.