Crow by A. Zavarelli 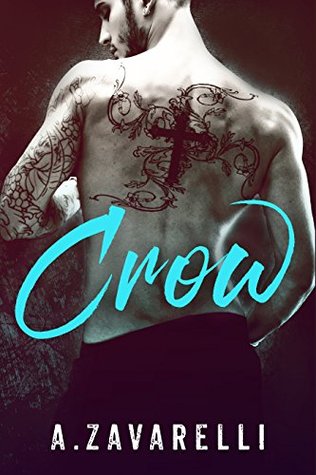 I'm pretty infamous for disliking mafia romances because the vast majority of them tend to be so stupid and so badly-written. Seriously, they're second only to MC romances in terms of my least favorite sub-genre of romance novel. Don't @ me.

But several of my very trusted friends were raving about the Boston Underworld series, and being Irish myself, I couldn't help but be intrigued because Irish dudes are super hot.

CROW does not start off well at all, though. I liked Mackenzie's POV a lot because she's a female boxer seeking revenge and who doesn't like that? But Lachlan's POV at first was just non-stop, "Ooh, I'm such a bad boy, look at me and my fancy weapons and all these swear words I know how to use!" and I started having flashbacks to SPARROW, and thinking, "Oh lord, spare me from vain psychos in books named after birds!"

But by the middle of the book, everything smoothed out and I couldn't put the book down. Of course, it helps that the heroine is as far from TSTL as humanly possible. She is determined to get her revenge and is willing to do anything to get it - wink, wink. There were hot sex scenes, intense action scenes, Mackenzie saving herself, Lachlan acting like a genuine BAMF and not just a facsimile of one, and oh, yes, tons of alpha male action done right. I'll have what she's having, thanks!

The flaws to this story are, of course, the pacing issues (that beginning needs to be ironed out), a number of typos, some odd stylistic choices (why is the beginning paragraph of each chapter in, like, size 32 font? Nope, nope, nope), and the fact that both of these characters appear to have a MAJOR latex allergy because there wasn't a single condom in sight for any of that hot sexing.

Still, I ended up having a lot of fun with CROW and look forward to reading the sequel.