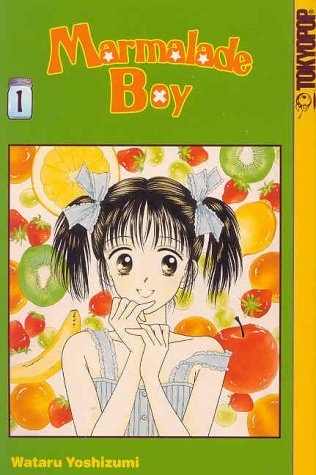 The book starts out with Miki Koishikawa sitting down with her parents, who are both grinning like someone told them that they both won an all expenses paid million yen vacation.

The Worst Parents Ever then proceed to add, "Remember that vacay to Hawaii we took? Well, we met another couple, the Maatsuras - and we decided we wanted to sex them up!"

"It's okay, we're all consenting adults."

Which is true...yeah, but what about your kids?

"But we have the perfect solution that benefits you, too!"

"We'll be divorcing each other and marrying the Matsuuras! Except, you know, trading spouses! Like the TV show, only it's the no-take-backsies, edition! But since we can't legally change our names for six months, we rented a house where all six of us will be living together like a swingin' Brady Bunch!"

"Just don't fall in love with him or anything."

Of course, now that the Worst Mother Ever mentions it, Miki suddenly starts to think, "Hmm, maybe all those stepbrother romances are right! He is pretty cute!"

Unfortunately, he's a classic tsundere. "LOL I SHALL MOCK YOU AND PINE FOR YOU BY TURNS! GOOD LUCK FIGURING OUT MY INTERNAL MENTAL STATE!"

The introduction of her new stepbrother to be, Yuu, also plays havoc with Miki's social life, as well as her emotional well-being. All the girls in her school think he's hot, and all the rest are convinced that there's something between Yuu and Miki.

Ginta, Miki's friend, is especially jealous, because he and Miki were on the verge of going out a few years ago, but then drifted apart because of a misunderstanding.

He told all his friends that he didn't really like her and Miki heard him say it.

Also, it was right after she sent him a long and heartfelt love letter.

And when she walked in, his friends were reading the love letter & laughing at it.

THEN, as if all that wasn't enough, Yuu and Miki come home one day to find a broken vase in the middle of the floor and all the WPEs having a Westworld-esque stare-down.

"We're getting divorced again and moving out of this house!"

Miki, understandably, is like, "Wait, you put Yuu and me through all this nonsense and now you want to click the giant 'undo' button without giving it a shot? What the heck is wrong with you?"

And the WPEs are like, "PSYCHE! We weren't really getting a divorce! We just wanted to trick you into saying that you were okay with this marriage quadrangle after all, and you totally just did!"

*Miki has a mini-psychological breakdown*

WPEs: "Gee, do you think that was too much?"

Me: WHAT THE HELL IS WRONG WITH YOU PEOPLE?

WPEs: "We all love each other so much!" And THEN, as if all that wasn't enough, when Yuu and Miki are at the fair, she gets ditched by Yuu and finds out he left her for this girl named Arimi...who he used to date!

Which would be okay, except Yuu also kissed Miki and told her he liked her.

And then Ginta kissed Miki and told her he liked her.

And I'm just sitting here, like, "Who needs soap operas or Keeping Up with the Kardashians when you have shoujo manga?"

The plot behind this story is utterly ridiculous, but I mean that in a good way. The writing is a step above most other Tokyopop creations that I have read, and I liked the relationship between Miki and her friend, Meiko. Meiko stuck up for Miki, and defended her when necessary. (I'm still not 100% convinced that this won't turn into a toxic Sae relationship a la PEACH GIRL, though.)