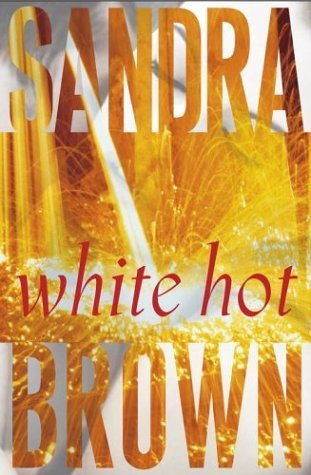 Sandra Brown can be hit or miss with me but when she is on her game, she is ON her game. I especially love the stories she writes about fucked-up family dynasties, like this one and SLOW HEAT IN HEAVEN. She really has a knack for family politics. Which makes me surprised why this book seems to be so unpopular with her fans. I read some of the negative reviews and I think I understand why, though. First off, it's long AF. My edition was 500+ pages. I personally enjoyed the small town setting and getting to know all the characters enough that it was worth the wait, but if you're in it just for the romance and the smut you're going to be disappointed because this is super slow-burn. The couple don't even really do it until the last one hundred pages. The primary focus is the mystery.

I love romantic suspense but it's hard to find ones that aren't police procedurals (which I don't like). This one starts out with Sayre, our heroine, finding out the family's youngest brother, Danny, might have taken his life. Except, as the local cops look into it more, it kind of starts to seem more like murder. Sayre is the black sheep of her family and has cut off the rest of them for years, so through her, we get to know the older son, Chris, his lawyer and best friend, Beck Merchant, and the family patriarch, Huff, who is probably the most cartoonishly pompous poor man's rich dude I've ever seen apart from Donald Trump.

WHITE HOT was an interesting book because it went so much deeper into the story and setting than a lot of romances do. I loved how the author deep-dived into labor unions and some of the shit that big businesses pull to avoid paying out damages or how they cut corners with safety. The Hoyle family have the whole town in their pockets because the foundry/metalworks plant provides jobs for most of the people in town, and they leverage that ruthlessly. Huff Hoyle, because he grew up poor, thinks that getting underpaid and treated like shit is just a stepping stone that people should have to endure to become rich, and it's interesting how wealth has made him lose all sympathy for the working men who come from the same background as him. This "pull yourself up by your bootstraps" mentality is a common refrain among republicans when defending big businesses and nixing social programs, but the fact of the matter is, it just doesn't work. It didn't even work for Hoyle. He didn't get rich by working; he married into wealth by taking up with his boss's boss's daughter, and that's how he got his money.

The Louisiana setting was really well done and brought a nice pop of color to the story, with mardi gras, Cajun cuisine, and hot swamps. I also really liked Sayre. She's no-nonsense and cold, but I really liked that about her. I don't think that all heroines should have to be warm and extroverted to be worthy of being liked. She was competent, brave, witty, and funny, and it was cool to see her try to crusade against her family to help the people they were fucking over, and I liked that the author even talked a little about her privilege in doing so. The love interest was pretty great, too, for the most part. He's a fast-talking lawyer but it seems like there's more to him as well. And there is, but I'm not telling.

***WARNING: SPOILERS AND TRIGGERS AHEAD***

So, now we get into the problem areas of this book that might keep some people for reading it-- and warning: triggers for people unaliving themselves and abortion. But before we get into that, the slurs. This family is not nice, and when we get flashbacks to Sayre's father in the 1940s, he and his dad say the hard N-word several times. We're obviously not supposed to like him for it, but it's there, in print and maybe you don't want to see that. Knowing is power, and all that. What's a little more upsetting is that the hero of this book uses the R-word to talk about someone. He uses it twice (in the same section). But he's a bit of a dick too and this was written in the 1990s, so I guess it's not quite as shocking as it would be if it were used in a contemporary romance today (but you might not want to see that in print, especially from the alleged hero of the book, so there it is). The story also focuses on Danny's alleged suicide and speculates on reasons he might have wanted to do so. There are fairly graphic descriptions of the aftermath of the crime scene that probably won't be too much for anyone who regularly reads mysteries that have crime-related gore.

What was most upsetting to me-- although probably not for the obvious reasons-- is that there's this subplot about why Sayre hates her father. He broke up her relationship/engagement to her childhood sweetheart, and not only that, but he made a point to ruin the boy's life: getting his scholarship revoked, blackmailing his parents, forcing him into a deadend job where he ended up becoming an alcoholic to self-medicate for his obvious misery. Which would be reason enough to hate someone but Huff, being the world's biggest dickhead, decides to take it a step further. He has his daughter violently dragged from the house (she's literally clawing at the floor) and has the doctor that's in the family pocket tie her down to a table and forcibly give her an abortion. Obviously this is horrific and incredibly abusive, but it came across as even more of a slap in the face now because abortion is often a necessity for women (or, you know, anyone with a uterus) who need it (for fiscal, health, or even just "I'm not ready to be a parent" reasons), so seeing it used for shock value in this way as such a viscerally negative thing kind of came at me in a bad way after the overturning of Roe v. Wade. She tells her father (in very explicit and violent language) that the doctor was so rough he left her barren. Apparently, this was a lie. And that was annoying too because at the end of the book she's like "I CAN STILL MAKE BABIES" and it's like, what is this, anti-abortion propaganda? I don't know, the amount of page time devoted to Huff's baby lust (not in THAT way) and the use of abortion as both a punishment and a potential ending of one's value as a woman (as soon as Huff thinks she's barren, he's immediately like, WELP, you're of no use to me) left a bad taste in my mouth.

That said, I liked the book. Despite all the fucked-up shit, I think the characters were believably fucked-up enough that their actions made sense for who they were as people (and yes, that's an insult, fuck you, Hoyles). I doubt this book could have gotten published today without some revisions, but that's the price you pay when you like to read vintage books like I do. Oh, and the Hoyles also have a Black live-in housekeeper who definitely feels a little bit like a stereotype. But at least Brown didn't try to give her a blaccent like she did with her Black characters in FRENCH SILK, so you know what? Good for her. Yes, my standards are very low.