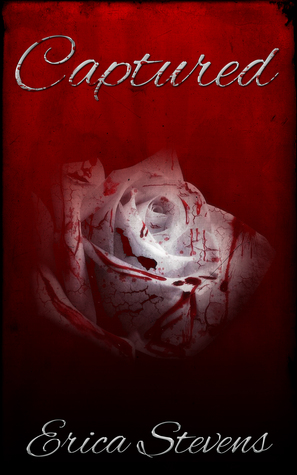 🎃 Read for the Unapologetic Romance Readers Halloween 2017 Reading Challenge for the category of: a romance about vampires 🎃

I'm too tired to do a properly angry review, so while reading this, just picture my face looking like this: 😡

CAPTURED was bad. The characters were incredibly bland. Braith, or whatever his dumb name was, is a generic beautiful vampire who is feared by all without actually giving any reason that he should be regarded in this way. Seriously. What is "evil"? in this world, if Braith is considered on the cutting edge of it? Girl Scouts?

Arianna is a human who is part of the resistance against the vampires. If you think that this means cool fight scenes THINK AGAIN. We meet Arianna post-capture, when she's about to be sold as a blood slave or drained of all her blood. If you think this means emotional tension, THINK AGAIN. She metaphorically bites her nails as she finds out she's being sold to a vampire with cruel eyes and a crooked nose, only to be rescued by Prince Braith.

The ensuing pages are a blathering mess of purple prose, odd word choices, bad writing, and terrible characterization. Arianna is constantly described as special, sometimes in that exact word. She has insta-hate immediately with her female human "rivals," even before she falls into insta-love with Braith. Her eyes are described as "crystalline sapphire" more than once. Her hair has "red streaks" and it's a color the hero has never seen before. She always cries "a single tear" when she's upset. The prince has never had a blood slave before: she is his first. The prince usually goes for curvy women, but now he's discovering for the first time that skinny women are beautiful and so are their angles. I'm not kidding, and yes, there's a scene where she stands in the sunlight and it flatters her sharp angles. Oh, and the kicker is that it turns out Braith was blind - but through mthe magic of Mary Sue Technology (pat. pending), she has restored his sight. Because... magical hoohahs.

I love vampire stories and I love captive romance stories, so this should have been the best of both worlds. Instead, it's the worst, featuring all of the cringiest tropes and starring the Mariest Sue in the Mary Sue universe.I don't think I'll be reading any more books in this series, and probably not anything else by this author, either.