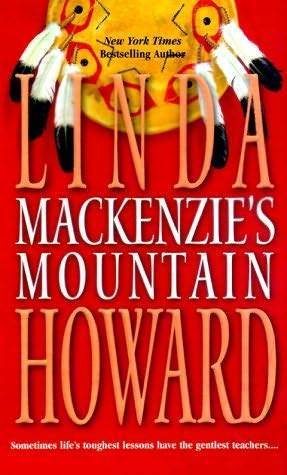 I've said this before, but if Sandra Brown and Linda Howard aren't friends, they should be, because they write like they're the same people. The parallels between AFTER THE NIGHT and SLOW HEAT IN HEAVEN are numerous, as are the parallels between this book and HAWK O' TOOLE'S HOSTAGE and HONOR BOUND. If you've read one author and haven't read the other, do it. You'll become an instant fan.

That said, I have to say that I am not really a fan of these ladies' Native American romances. One of my friends said this book comes across as a bit fetishistic and, uh, yeah, it kind of does. The heroine imagines Wolf in a loincloth at some point, and he's described as warrior-like and primitive several times. Actually, the way this hero is described with his bronzed warrior-like mien and incredibly luscious dark hair really reminded me of how Rhysand is described in ACOTAR, which I found hilarious.

I don't think that Howard was trying to be offensive with these descriptions, however. As with HAWK O' TOOLE, the author seems to be trying to debunk a lot of the negative stereotypes around negative people, although I didn't like Wolf as much as I liked his son, Joe. Kudos to making a teen boy responsible and communicative about sex, btw. That's a nice change of pace to see.

The plot is pretty basic. The heroine, Mary, is a petite little woobie muffin of a character who you will be reminded is teeny-tiny fit-her-in-your-pocket-and-carry-her-home sized several times. The hero is a foot taller than her, and one hundred pounds heavier (yes, we're told this explicitly), and she can wear his son's clothes from when he was a preteen (also). When she's not moonlighting as Polly Pocket, she's the local elementary school teacher, and she's extremely concerned that Joe has dropped out of school. So concerned that she marches out in inclement weather in seasonally inappropriate attire.

As Mary gets involved in the Mackenzies' lives, she becomes aware of the animosity they face from the townsfolk. Wolf is an ex-con (unjustly accused) and Joe is treated as a bad influence. Mary advocating for both these men ends up changing the way the townsfolk view them, however, and her saviorism seems like it might just lead to acceptance-- until bad things start happening to the women in town, and the police naturally turn to Wolf, because, you know, plausible deniability and all that.

I started getting annoyed with this book about halfway through and skimmed to the end because I wanted to see whodunnit. Whodunnit was disappointing, I must say. I also really didn't feel the chemistry between Wolf and Mary, although they seemed to like each other, so yay, I guess. The ending was sweet-- it's always nice to see a positive spin on blended families-- but lord, was Mary naive. She's a full-grown woman and she's never heard anyone say the F-word in real life? Is this Wyoming she's living in, or a LDS space station? HOW DO YOU NOT HEAR THE F-WORD EVER?

I don't think I'll be reading the rest of the books in this series...