You Owe Me a Murder by Eileen Cook 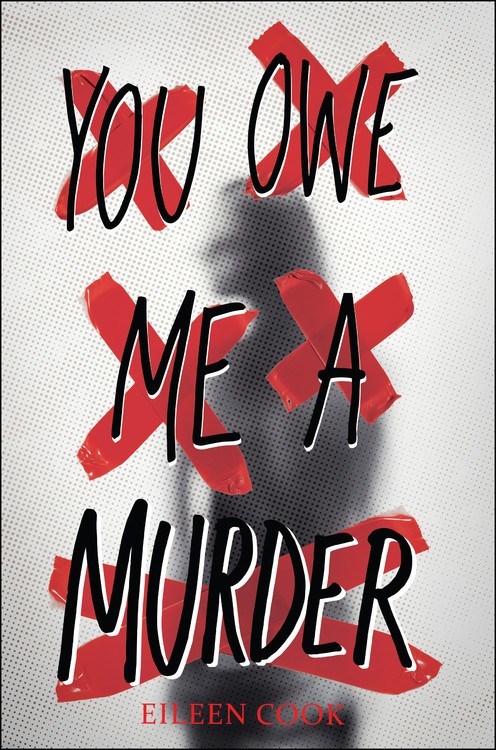 The heroine of STRANGERS ON A PLANE - sorry, I mean, YOU OWE ME A MURDER - is Kim. Kim is actually more of an antihero; she's a compulsive liar and pretty unlikable. She's on a trip to England that she didn't even want to be on in the first place, she only signed up because her boyfriend, Connor, was going, too. But now Connor has broken up with her, ditching her for a smaller, more petite model, and Kim is incandescent with betrayal and rage.

At the airport, seething over the breakup and trying to hide her despair from her classmates, she meets a British girl named Nicki. Nicki is interesting and brave - all the things that Kim would like to be - and encourages her to steal a bottle of vodka from a store, which they then drink together on the airplane. While drunk, Kim reveals how much she hates Connor and Nicki says she feels the same way about her mom. Wouldn't it be hilarious, she says, if the two of them did each other a favor of killing off the person they each hate? It would be the perfect alibi, because a stranger has no motive to kill another stranger. Kim agrees, thinking it's all a joke - until a tragedy happens at a train station, and it looks like Nicki might actually be dead serious.

Even though this is the plot of a Highsmith novel that's been recycled, I was utterly engrossed in the story and had no idea how it would end. It takes guts to make such an unlikable main character, and talent to make this unlikable character sympathetic. I did sympathize with Kim, and I liked how her character developed over the course of the novel. Nicki was also fascinating - and terrifying. She was utterly ruthless and without remorse, and you, as the reader, were never quite sure how far she would go, or if she even had any limits at all. I finished this book in under 24 hours, it was that good.

I think if I have a qualm about this novel at all, it's that the ending was too neat. In the original story of STRANGERS ON A TRAIN, there's a pretty dramatic showdown and a very close escape. That didn't really happen in YOU OWE ME A MURDER; but on the other hand, it's a children's novel, so maybe the author felt like she'd dabbled in the dark side long enough. (Is that even possible?)

I'll have to check out more from Eileen Cook. Books about psychotic girls are an utter delight.