Bettie Page: The Lost Years: An Intimate Look at the Queen of Pinups, Through Her Private Letters & Never-Published Photos by Tori Rodriguez 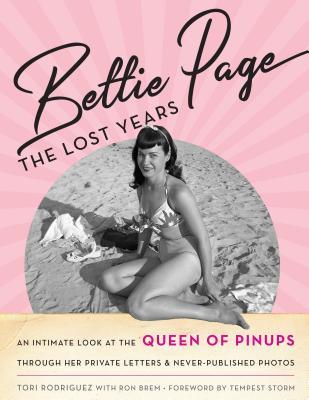 If you pick this up expecting softcore pornography, you're going to be very disappointed. This is not a collection of Bettie Page's most risque and memorable shots. Instead, it's a quiet biography told in photographs and stills, recounting how she got into modeling, her personal life during the peak of her fame, and then the so-called "lost years" after she dropped out of modeling - and making public appearances - entirely, basically becoming a recluse.

It's interesting to learn so much about Bettie Page because she was one of the keystones of the pin-up craze of the 50s, and I feel that she had as much influence on fashion then as Kim Kardashian does on fashion now, for better or for worse. Obviously, having your looks be the focus of all your worth as a human being would be trying for anyone, but it seemed especially hard for Bettie and her sister, Goldie, who both seemed to struggle with their weight and, as they got older, had many physiological ailments. Bettie also was apparently put into mental health facilities at several points as her mental illness flared up more as she got older.

There isn't a lot to say about this book, really. I liked the letters and photos and it was an interesting inside look at a cult celebrity figure. If you're interested in that sort of thing I think you'd really enjoy this book. I did.