The Prince by Skye Warren 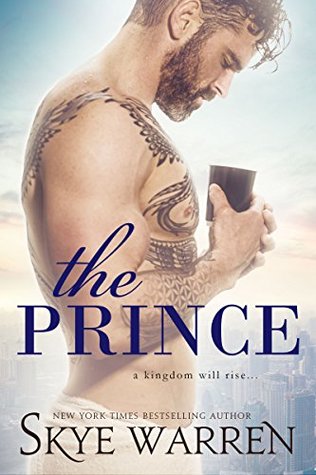 I picked up this free novella because it's the prologue to Warren's Masterpiece series, a series that ties into the other series by this author that I'm reading, the Endgame series. I think they can be read as standalones, but they share characters, so reading the Endgame series first gives you unique insight to their backstories.

THE PRINCE is actually a really good story. Sometimes these freebie prologues can seem rushed, but it was clear that a lot of effort went into writing this one and planning it out. Penny is a mathematical prodigy, and the daughter of an addict and a compulsive gambler. Her father frequently disappears for days on his gambling binges, leaving her to her own devices. One day, while wandering around, she happens upon a boy in the woods named Damon. They sort of establish a rapport, and then she promptly repays him by stealing his cache of money.

A couple days later, Penny meets the boy's father, Johnathan. He's taken an interest in her mathematical talents because of her teacher, but she gets a creepy feeling from him and flubs the answers he gives her. When she tells Damon about him, he warns her away, claiming that whatever he or her teacher promised her is a lie; despite his words, he wishes her ill.

This is such a suspenseful story. The segue from gritty and abusive childhood to grim and melancholic adulthood reminded me of Tarryn Fisher's work (whom I love). In this story, Warren shows the dangers that children - especially (but not only) girl children - face, and why it's so important that they have people in their corners to protect them from the evils of the world. The crushing tension and looming sense of doom really propel the story forward. It came as a bit of a shock when it ended so abruptly.