The Lady Killer by Masako Togawa 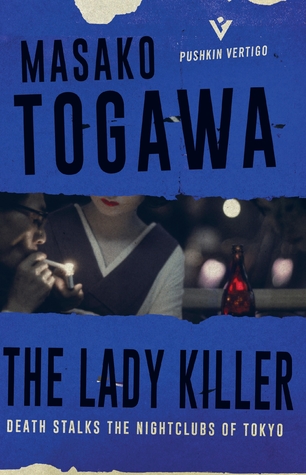 Pushkin has re-released several freshly translated foreign novels, and THE LADY KILLER is one of these. In past reviews, I've waxed effusive on my enjoyment of translated Japanese novels. There is a dream-like quality to them that is very cerebral and thoughtful, and I'm not sure if it's just because writing in Japanese is a more deliberate and poetic process, or if it's a byproduct of the translation. Regardless, it's something that I've really grown to enjoy when I read Japanese fiction, and THE LADY KILLER is no exception.

Keiko Obano had a one-night stand with a man who sang her a poignant German song. Six months later, she committed suicide. The man, as we later learn, is a self-professed Don Juan type named Ichiro Honda who keeps a journal of all his conquests. Keiko was just one of many, and yet it is her death that serves as a catalyst for a dramatic and blood-chilling act of revenge.

I don't want to say too much more because part of the fun of this book is figuring out not just who "done" it (which is fairly obvious - or so it seems), but why. Masako Togawa's style reminds me a lot of Patricia Highsmith, and there's a twist that's worthy of Gillian Flynn herself. The novel is told in several POVs, which can be a bit confusing, but all of the POVs - Ichiro, Keiko, Ichiro's lawyer, the killer - were interesting, and distinct enough that they didn't blur together too much.

If you're a fan of noir fiction and are looking for something beyond a misogynistic gumshoe who thinks he's the sh*t, you should check out THE LADY KILLER. The setting, mood, and plot are all very well done, and I had a great time following this twisted journey from beginning to end.