The Many by Nathan Field 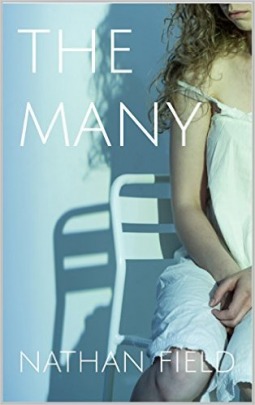 I applied for an advance copy of THE MANY on a whim. The idea of a woman going crazy after hooking up with a strange, too-good-to-be true kind of guy on a dating site seemed like the perfect formula for a horror story. I'm a sucker for the malicious stranger trope, you guys. Just wave a book under my nose that promises doom and destruction delivered by a sinister out-of-towner, and I swear to you, I will fall over myself trying to grab it.

At first, THE MANY is pretty decent. We're introduced to the stories of two women, Isobel and Stacey, and their families. At first, their stories seem totally unrelated. Isobel is a lesbian who lives with her teenage daughter. Stacey is a vivacious twenty-something who lives with her down-on-his-luck brother. The two have pretty much nothing in common, except for the fact that they both had dates with people who seemed way out of their league...and they both came back from their dates NOT QUITE RIGHT.

The build-up is great. If Field does one thing right, it's how he holds the mystery above the reader's head until the very end. Even when the third act began to crumble around the story and I began to lose interest, it was the mystery that kept me turning the pages, desperate to get closure. It was a good mystery. I was leaning towards something out of Disturbing Behavior, which is probably my favorite "bad" horror movie. I love that movie, plot holes and all. I was hoping THE MANY would be just as unapologetically cruel and cunning in its execution, but the execution was something out of an episode of The Twilight Zone. A bad episode of The Twilight Zone. It was just way too cheesy.

This is the second disappointing thriller I've picked up this year. First it was I'M THINKING OF ENDING THINGS. Now it's THE MANY. Neither book was awful, mind - both had some genuinely creepy moments and great suspense to keep their respective plots moving. The problems came from bad plotting, terrible third acts, and some questionable character motives. But at the risk of spoiling the ending, I'll just say that it's the kind of book you need to pick up and read for yourself to see if it's right for you. If the beginning doesn't rope you in, it'll only be downhill from there.