TMI: My Life in Scandal by Perez Hilton 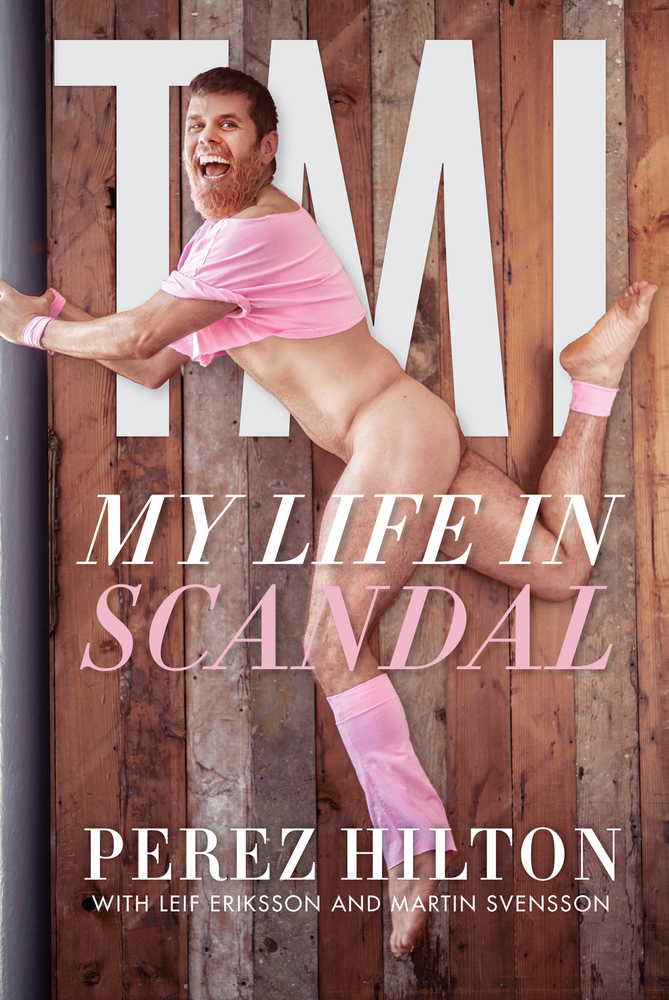 So brief disclaimer: I've never been a fan of Perez Hilton. Even when I was in his target demographic (and I was in the aughts), the tone of his posts was too acerbic even for little ol' me. Over the years, Hilton has faced a lot of criticism for the way he reported on celebrities for his blog, chronicling their struggles with addiction and psychological issues for literal fun and profit, and sometimes even outing them. As a result, his public image, which was never tarnish-free, seriously tanked and he became probably one of the most hated celebrities ever.

TMI, from what I gleaned from this memoir, is supposed to be both an apology and an explanation. It's less of the former and more of the latter, though; in my opinion, he spent a lot of the book skirting personal accountability. Which I get. Personal accountability sucks... but also, if you want to take your image to rehab, it's something you have to have. Instead, the book is basically divided into three sections: his childhood, growing up in a Cuban household and dealing with the struggles of childhood obesity while also being a closeted gay boy; his coming out and his rise to celebrity blogging fame; and his post-fame life becoming a father and hopping on whatever reality TV show will have him.

I always struggle with reviewing memoirs because it's really hard to not feel like you're reviewing the person. And even if you like the person, sometimes their memoir is boring (usually if they're a likable person, they often are-- because nice people don't start drama). But here, it's kind of hard not to judge. It's like he basically hands you the gavel personally when you pick up the book. Over the course of this book, he recounts making the same mistakes over and over in his career. Female celebrities who allowed him into their inner circles-- Amanda Bynes, Kim Kardashian, Paris Hilton, Christina Aguilera, Lady Gaga-- didn't like it when he ignored their friendship to talk about their personal failings and dark secrets on his blog? You don't say. They "used" him to get promotion and then left when he started being an impediment to their careers? So shocking. Why does this keep happening? I dunno, chief.

It would be easier to take this as a sort of apology if the book wasn't coated with this layer of arrogance. He heavily implies that he made Lady Gaga into the success that she is. He brags about being the first to break Brad Pitt and Angelina Jolie's relationship and coining their moniker, Brangelina. At the end, he talks about how he paved the way for YouTube tea channels, and how there was no one like him. And really problematic things that he did are kind of glossed over, like participating in what felt like a really dubious consent sex prank on Howard Stern's show (he seemed to still think it was funny), or leaking an upskirt shot (posted by someone else, I believe, while she was wearing underwear-- thank God) of Miley Cyrus while she was still seventeen. I know, it was the aughts, everyone was toxic-- but Perez Hilton always seemed to revel in it.

I'm a blogger myself, so I know the power that words can have. As I've grown, I've started to choose my words with more care and choose what I review more carefully. I don't particularly enjoy writing negative reviews now-- unless I'm reading one of those books that was written to be purposefully terrible (like, you know, dinorotica) or something that's so obnoxiously popular that one negative review from a mid-tier reviewer like me will be a drop in the pond. But about seven years ago, my reviews weren't as great. I was a lot meaner and freer with my criticism (even though I believed I was being honest-- and I was). I was also way unhappier seven years ago than I am now, and I believe that my dissatisfaction seeped into a lot of what I was reading and how I comported myself online. I lost some online friends over that, which makes me feel bad, but I understand that even though I was hurting inside, that doesn't invalidate the hurt that other people might have felt because of the tone of my reviews and comments.

I can't speculate on what Perez Hilton was feeling at the time, but given his early attempts to become famous, his admitted issues with his body image, and his admitted loneliness and difficulty with relationships, I feel pretty sure that he probably experienced a pretty similar catharsis when it came to using his blog online to deal with his own personal stuff. At one point, he even says in the memoir that he could forget that the celebrities are people, too. He seems to be enjoying fatherhood a lot and towards the end of the book, TMI starts to feel more like what I was expecting, with self-effacing humor, discussions about his family life, and a tiny bit of self-awareness that what he was doing was wrong. So it's nice that he has some new meaning in his life that doesn't come from a screen.

Clearly a lot of people are still mad at him and I think the current GR rating for this book reflects that. It's pretty abysmal. But the wishy-washy subject matter and tone of the memoir don't quite hit right, so I think it's a case of people wondering what, exactly, this book was supposed to do. I don't know. But I was expecting a lot more from a book that literally opens with will.i.am's manager punching him in the face.