The Marchese's Love-Child by Ryo Arisawa 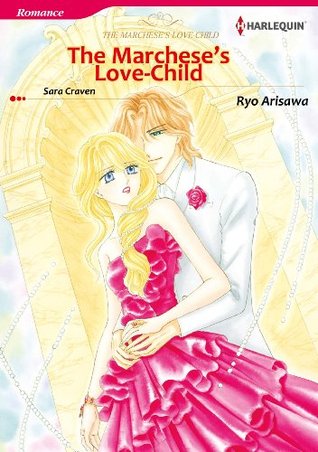 THE MARCHESE'S LOVE-CHILD is an adaption of a work by Sara Craven, who is one of those old skool Harlequin authors, like Charlotte Lamb and Penny Jordan, who wrote pretty alpha heroes who were cold and vengeful towards the heroine-- usually for a very stupid misunderstanding-- and it basically took beating them over the head with the truth (and realizing that the heroine was, in fact, a virgin and not the Whorish Whore Who Whored) before they would admit that they were the biggest obstacle to masculine happiness.

I'm not usually a fan of the nobility/secret baby romances and this book has both, so I had my eye-rolling monocle on and ready, but honestly... the story was okay and I really liked the art. Basically, the heroine is a tour guide and she fell in love with this dude in Italy while working at a hotel, they had sex, she never saw him again, and she ended up getting pregnant. Later, she was approached by a shady man who offered her a large sum of money if she never approached him again, leading her to believe that he is involved with the mafia.

He's actually a marchese and he wants that baby! So after threatening to take full custody, he ends up marrying her so they can share the ~joys~ of parenthood, and there's this jealous house lady who seems to hate her for no reason (spoiler: there's a reason), and everybody on the staff is afraid of being fired by this Whorish Whore Who Whored, so they all decide to do a bad job to teach her a lesson because never in the history of ever has anyone ever been fired from their job for doing it badly (spoiler: wait). It's a full-on hot mess, replete with an OW who would kill animals and also the man she loved if it meant teaching the world a lesson on women spurned (spoiler: yikes) and a big misunderstanding.

Let me just say that the heroine's mother is a Trash Person of the first order. She wanted to keep her daughter and the baby near her, so she just decided to hide all of the letters from the man she knew her daughter was looking for. WHAT A BITCH. I hope the h took a restraining order out on that betch.

Quality entertainment deserves a high rating, and for an HQ manga this was pretty good.