Between Two Worlds: My Life and Captivity in Iran by Roxana Saberi 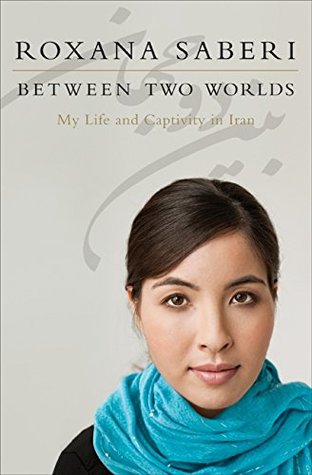 Roxana Saberi is an Iranian-American journalist of Iranian and Japanese ancestry, who moved to Iran for several years while gathering materials and conducting interviews for a thorough book about the country. Shortly before she was due to leave, however, she was arrested by four men accusing her of espionage and taken to prison, where she remained for 100 days, under "white torture," where they used intimidation, threats, and coercion to obtain a false confession.

BETWEEN TWO WORLDS is about the days prior to her arrest, the time she spent in prison, her trial, and an epilogue. Saberi did not speak completely fluent Farsi, and her discomfort being made to write and sign things in a language she didn't have a complete grasp on was so heartbreaking, as was her obvious terror and isolation, especially when her captors refused to let her speak to her boyfriend and family-- or when they did, forced her to lie to them-- and threatened to keep her imprisoned for many years if she didn't do exactly as they said, only to deny it later.

Saberi credits her relatively quick release to the privilege of being an American citizen, and prominent enough that her arrest and captivity became an international incident that created a lot of bad press for the country. Her parents were also tireless in their advocacy, doing everything they could do to expedite her release. At the end, she talks about how there are many who aren't in this position, who don't have anyone to speak on their behalf and might not have the resources to leave. Even so, 100 days in captivity is no picnic, and she spent a lot of them terrified of her fate, especially with rumors of guards who had assaulted prisoners who didn't cooperate.

It's hard to say that I "enjoyed" this memoir when it deals with such tough subjects. Saberi is an excellent narrator, however (her journalism shining through, no doubt), and when she tells the story of her captivity, you feel like you're there with her. I loved her obvious passion for her work and her love for the country and the people of Iran; it is the extremists, she is careful to point out, who make it so difficult to explore and travel there, and who keep it from flourishing. I hope she decides to publish her book about Iran because I've always felt like it gets demonized here in the United States, and I would love to read her nuanced take on a country that in many ways is quite conflicted.

Anyone who enjoys memoirs about faraway places to learn more about the culture and the people who live there, or who like memoirs about stranger-than-fiction situations that are almost cinematic in scope, will enjoy BETWEEN TWO WORLDS. Granted, this is not showing Iran from its best side, but as Saberi's tale unfolds, we do see what attracted her to the country in the first place, and how many people were kind to her or tried to help her. It was nice to get an update on some of the people she met in jail in the epilogue, although it was sad to hear that they were still imprisoned at the time of her completing the work in 2010. That was ten years ago, so hopefully they are freed now, but given the duplicity of the guards/interrogators Saberi encountered, I do worry....