Things in Jars by Jess Kidd 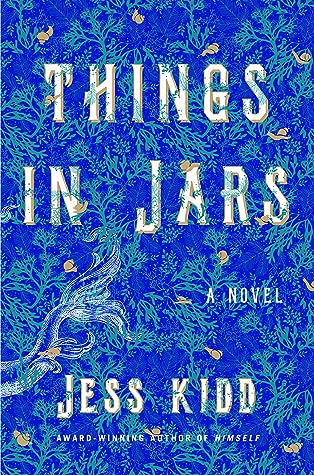 I had high hopes for THINGS IN JARS. One of the suggested books was THE DOLL FACTORY, which was an ARC I really enjoyed reading earlier this year. The resurrectionist angle with what sounded like a dash of magic realism was reminiscent of another piece of Victoriana, THE IMPOSSIBLE GIRL, which was yet another win for me. I didn't see how this could be bad.

I think my chief problem when picking up this book was that I came into it expecting-- and being set up for-- something else. THINGS starts out with the main character, Bridie, being roped into discreetly investigating the disappearance of a lord's secret daughter. Only it turns out that the daughter had some physical abnormalities that might appeal a collector, and that the lord is hiding something he doesn't want anyone else to know about.

It's never a good time to be a low income individual, but being a low income individual in Victorian times seems like it's up there with the worst, between the laundry list of unsafe and unsavory professions, and the tendency for those who won't be missed to disappear. That, combined with the great fog, the filth-strewn streets, and the fact that everyone's a villain, seemed to be the perfect recipe for a creepy medical mystery.

Unfortunately, this book starts to read kind of like a blatant fantasy that's supposed to be taken at face-value, kind of like The Shape of Water, only without the charm. Second, the book has this very precious writing style that's difficult to describe but reminded me a lot of another book I also read recently and didn't like called TUESDAY MOONEY TALKS TO GHOSTS, a similarity made more similar still by the fact that Bridie also talks to ghosts who are just as quirky and special as she is.

I'm sorry to say that this book was a miss for me.