The Centurion by Ken Gire 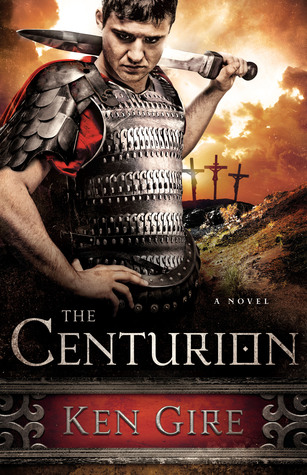 I'm sure this will be very exciting to read if you are a christian, but if you are not, I would avoid. It does all the things that make christian and inspirational books so hard to read for secular or non-christian readers, which is a shame because I love Ancient Rome so much and was willing to suspend my doubts and give this a try.

1. Please do NOT take me to church. Reading through this feels like you're in church. Some people are into that but I'm not, and it's possible to write christian books that don't proselytize. I've read them-- and some of them were really, really good. Those actually tend to be the books that some of the more hardcore religious readers complain about, though, so maybe this will meet the religious quota for those people. It exceeded mine.

2. Rational thought? That's for jerks! This book takes a really sly and condescending tone towards the people who don't want to believe in Jesus's resurrection, like it's looking down on people who believe in reason and science and don't want to believe any magical thing that people tell them to for "Reasons." I really hate that attitude because faith will never supersede reason for me.

3. Historical accuracy? Nahhhh, Jesus. There's this one scene in here where this Egyptian guy and this Roman guy are talking about their deities like they're planning out a fantasy football team and both of them put down their own gods. Which... okay, I get that Christianity is a Big Deal and it's probably uncomfy and triggering to write about another faith plausibly-- maybe it even feels like blasphemy-- but if you don't do that, you look ridiculous and, yes, offensive. And also kind of dumb.

I am not religious at all but I will still read christian fiction if the premise looks good because I've found some really good ones and I feel like the market has gotten a bit of a bad reputation among secular readers for being too preachy. It is possible to write a balanced and nuanced book that is spiritual but also historically accurate, while having the potential to appeal to a broad audience--

But sadly, this book, for me, was not one of those.