The Tied Man by Tabitha McGowan 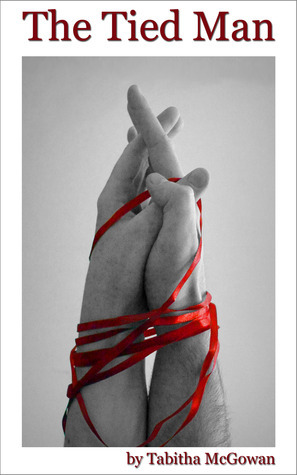 THE TIED MAN is a book that's been on my radar for years, but I never got around to reading it myself until Heather invited me to buddy read it with her via Kindle Unlimited. The premise is pretty interesting, even though it seems like standard new adult fare at a glance: beautiful and sexually autonomous heroine, Lilith, is a professional erotic artist who ends up being invited to an exclusive and prestigious estate to do a commission to the reclusive lady, Blaine, whom her philandering father owes a debt. Once there, she sees the most beautiful man she's ever laid eyes on in her life: a young Irish man named Finn, Blaine's personal companion.

Lilith has a knack for reading people, though, and despite her initial attraction to Finn, she realizes that something about his situation isn't quite right. He doesn't seem to want to be there-- and then, she realizes to her horror that not only does he not want to be there, he also can't ever leave. That's when she learns about the true horrors hiding in the gilded shadows of the estate-- dark, twisted horrors of humanity at its lowest-- and if she's not careful, she'll also become sucked into the twisted machinations of Blaine, too.

This is honestly one of the best books I've read in a while. It packs an emotionally devastating wallop, made all the more effective by my investment in the characters. It's got trigger warnings all across the board, so it's definitely not one for the faint-hearted. I don't think I've seen a male character go through this much torture since Jude from A LITTLE LIFE, or Jamie from OUTLANDER. And the villain is the absolute worst-- I haven't seen such innovative displays of sociopathy since reading and being scarred for life by THE LAST INNOCENT HOUR.

Part of what makes this book halfway tolerable on an emotional level is the tenderness between Lilith and Finn. Their relationship is slow-burn, as it should be, and one of the most touching scenes in this book is when Finn lets down his guard around her completely and she is so sweet and patient with him, it just about broke my heart. THE TIED MAN did such a great job showing how intimacy and sex are not necessarily mutually inclusive, and how difficult it can be to overcome abuse.

I actually didn't like Lilith much at all in the beginning because she felt so artificial, but her character grew on me and by the end, I actually quite admired her strength. In the author's profile, she said that she was inspired to create a heroine in a dark story who wasn't just a foil for the hero, and I think she succeeded. The damsel saves the hero in this one, and it's really, really exciting to read a book that does that so well, even as it plunges to depths where most writers normally don't dare to tread.