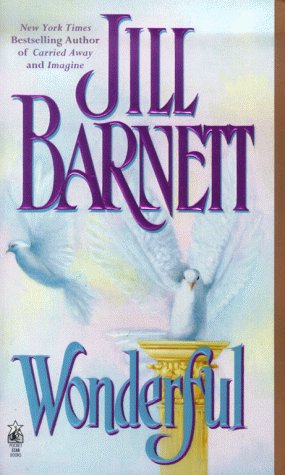 💙 I read this for the Unapologetic Romance Readers' New Years 2018 Reading Challenge, for the category of: Medieval Romance. For more info on this challenge, click here. 💙

WONDERFUL is a medieval romance from the 90s that has been rereleased for the Kindle Store. It was free recently, so my fellow romance lovers, Korey, Maraya, and Heather, decided to do a buddy read of it, Kindle Clean-Out style! Historically speaking, my luck with 90s romance novels has been mixed. There are some authors who I actually really enjoy - most notably, Danelle Harmon - and then there are those who seem to exemplify the genre in all its terrible glory: by which I mean authors like the one who wrote WONDERFUL.

WONDERFUL is basically the classic example of why I don't like 90s romance novels. Clio, the heroine, is one of those heroines who acts in a way that is incredibly unrealistic for the times, with foot-stomping, childish crying, and petty "defiance" that had me rolling my eyes rather than cheering for her. I don't know why people seem to think throwing a temper tantrum = girl power, but it doesn't.

Merrick was actually a pretty decent hero. There's no rape or dubious consent and the worst thing he does is burn down her brewery towards the end after she puts everyone to sleep with her ale (which she didn't even seem to particularly care about, which was weird because earlier on in the book she drains the castle well dry while they're renovating it, nearly putting her castle's structural integrity into question). He makes a few casual threats about shaking her or throwing her out the window, but since I wanted to do both those things to Mrs.-I'm-independent-and-enjoy-running-headlong-into-danger-and-getting-shot-in-the-heart-by-Welshmen and Mrs.-I'm-going-to-cry-and-whine-and-throw-a-hissy-fit-over-my-own-wedding-like-a-medieval-bridezilla, it was hard to feel bad about that.

I can't really credit WONDERFUL. I hated Clio and the storyline too much. Her writing style is very much like Danelle Harmon's, but Harmon's heroes ooze charm and protectiveness without being brutish, and while her heroines sometimes toe the line between annoying and rebellious, I usually end up liking them by the end of the books. The best parts about WONDERFUL were probably the historical tidbits about foolish superstition and bad medical advice, but that was the whole of it.