Sarah J. Maas is basically the Taylor Swift of books: they are both among the most well known (if not THE most well known) in the genres they create work for, and have cultish fan bases that believe they can do no wrong. And both, in my opinion, are over-hyped.

I originally started THRONE OF GLASS three years ago. I hated it, and wrote a scathing one-star review of it filled with swear words and vitriol. That original review was actually deleted by me, along with about 3000+ books I rated and reviewed between 2009 and 2016, for a variety of reasons, which I discuss here (and will touch on as well at the end of this review). I originally planned to read and review the entire series, but the first book put me off so much that I never attempted the series again - until now.

I had so many people ask me to review this book series that I decided I might as well give it another shot. I try to keep an open mind when I review books, and even though I'm very critical and snarky, I try to be fair as well. I was also feeling somewhat optimistic, too, as two books that I fully believed I would hate due to what I viewed as excessive hype - THE SEVEN HUSBANDS OF EVELYN HUGO and THE CRUEL PRINCE - actually ended up becoming some of my favorites.

Spoiler: THRONE OF GLASS did not end up becoming my favorite.

Although honestly? I didn't hate it as much this second time around. I still didn't like it (and the hype escapes me), but I've read so much worse. THRONE OF GLASS does have some things in its favor: an interesting world where, like POISON STUDY, magic has been suppressed and outlawed, and using it is punishable by death; likable secondary characters (Nehemia <3); and fairly decent writing that, at times, can be lyrical (at other times, cheesy - but hey, I'm a lover of bodice-rippers, so sometimes that pompously-written purple prose has a time and a place: just ask Rosemary Rogers and V.C. Andrews). Also, speaking of bodice-rippers, I loved that Celaena was reading some in her room, cheesy prose and all. Based on the writing, it totally sounded like a Johanna Lindsey viking novel.

So, let's talk about where this book went wrong.

*draws in a deep breath and inflates like a balloon*

Reason #1: The heroine. Celaena is a terrible heroine. She reads like the self-insertion character in a fanfic. She has all the boys, all the powers, all the talents - and none of the characterization or skills to back it up. It got to the point where I would roll my eyes every time she admired herself in the mirror and listed off her features or humble-bragged in the narrative about how beautiful she used to be until she wasted away in the stupid salt mines. When she's not doing it, the two love interests are doing it for her, either while pining outside her window (seriously), pining over her playing the piano like Christian Grey did while watching from a shadowed corridor (SERIOUSLY), or pining over her looking up all tragically at the sky while being carted away to her "terrible" fate (OMG).

What makes this even more irritating is that she is supposed to be a strong female protagonist, and yet she is basically the total opposite. Not only is she incredibly vain and arrogant, she's also a total jerk. She insults everyone around her, especially the people she shouldn't be insulting (read: the people who are in charge of her fate and could send her straight back to those salt mines with a flick of their wrists) and other women. Celaena loves to slut-shame other women, especially in the beginning.

"I hate women like that. They're so desperate for the attention of men that they'd willingly betray and harm members of their own sex. And we claim men cannot think with their brains! At least men are direct about it" (70).

And then there's the fact that she doesn't really live up to the "assassin" part of her attributes until the very, very, very last possible moment of the book. For the first however many pages there are in the ebook edition that comprise the first 85% of the book, Celaena will tell everyone who will listen (well, everyone who knows who she is) about how deadly she is, and in the narrative she's constantly making stupid makeshift weapons out of hairpins and soap (!), but she never gives me the impression that she's someone who's particularly qualified. People sneak up on her all the time, and she isn't a light sleeper because on several occasions she wakes up, surprised to see someone standing over her.

And then. And then. There's this line:

"Candy!" A large paper bag sat on a pillow, and she found that it was filled with all sorts of confectionary goodies. There was no note, not even a name scribbled on the bag. With a shrug and glowing eyes, Celaena pulled out a handful of sweets. Oh, how she ADORED candy! (234)

This is probably the stupidest moment in the entire book because in Celaena's competition to be the King's Champion, someone is killing off the other competitors. Also, one of the Tests they did shortly before this one involved poison. So obviously, someone wants her dead and even more obviously, there is poison lying about somewhere on the premises that someone could probably steal (if they didn't already steal some from the competition). And it never once crosses her mind that someone might have dropped off a batch of poisoned candy to her bedroom knowing her insatiable lust for sugar. Never. Once. Crosses her mind. I face-desked pretty hard at that. How do you come back from that?

Reason #2: It's boring and slow AF. This book is very back-heavy. Not much happens until the end of the book. You would think that a competition between a bunch of thieves, murderers and soldiers for a high-ranking position in an evil kingdom would be exciting, like, the Medieval Times' version of THE HUNGER GAMES. But no, these scenes are vastly overshadowed by much more important scenes. Like Celaena going to the library. Celaena debating about how much sugar to add to her oatmeal. And Celaena looking into a mirror and admiring her fiftieth sparkly, low-cut dress.

I liked the scene with the poisons. It kind of reminded me of that scene in Harry Potter, when Harry has to go through all of those trials before he faces down Voldemort (that, and the flying keys). The Tests had the potential to be so much MORE, and it was so frustrating to read about all this pointless stuff when what I wanted was action, adventure, and showmanship.

Rule #3: Book-pandering. One of my biggest pet-peeves is when authors make their characters love books in an attempt to get us to like them + to add "character" or "personality" where there is none. Liking books is not a personality trait, please, and thank you. This is something I mention in MY LADY JANE, as well - a book, incidentally, that I disliked a lot more than this one. There's nothing wrong with writing a character who reads, but when it's their only hobby and seems like it's just an excuse to give people quotes to make them go, "OMG! I TOTALLY RELATE! SQUEE" it feels cheap. That's just my personal opinion, but it bothers me a lot, so I'm mentioning it.

Chaol and Dorian were fine. Chaol had the personality of a fence post, but he had that tall, dark and brooding vibe down that I'm a sucker for, although Valek from POISON STUDY did it better. Dorian is the typical womanizing bad-boy rich-boy stereotype, and I didn't care for him much at all, especially what with his "you're not like other women" attraction to Celaena. Boy, bye.

Nehemia was honestly my favorite character in here. She's powerful, cool, mysterious, intelligent, and courtly - basically everything Celaena was not. I also think it's ironic that Nehemia and Celaena had much more chemistry than Dorian and Choal did with Celaena combined. Too bad this wasn't an F/F fantasy romance. I would have totally shipped them. They were cute together. Celaena was almost tolerable when she was with Nehemia. *coughs* Almost.

I honestly felt bad for Kaltain - probably because it felt like we were supposed to hate her. But hey, I was tired of Celaena, too, so I can't really blame her for wanting to be rid of  Lady Special Specialton, Eater of Suspicious Candies and Bragger of Little Merit. She was honestly one of the more tragic characters in here, and her narrative ARC reminded me a little of Anne Boleyn's. Ambitious women are rarely treated well in YA, particularly if they're sexual and/or beautiful. THRONE OF GLASS does its damndest to distance Celaena from such "unlikability" by making her childlike and sexually inexperienced, which I found extremely irritating and boring.

I can't really remember why I hated this book so much when I first read it. Maybe because I went in expecting more, whereas this time I knew what to expect? Or maybe because I've read several particularly awful books this year that made this one seem better by comparison? I don't know. But this time I actually found some redeeming facets of the narrative that made me sigh and go, "Well, I suppose it could have been worse - and I did like this thing and that thing, so there." The funny thing is on my first review I got all these irritating comments telling me that if I read the book again more carefully, if I even really read it at all (omg, how dare u), I would love it. Condescending comments aside, I did actually "like" the book more this second time around, although I still think it's pretty bad (although I'll be trying to give the other books in the series a shot because damn that curiosity).

Lastly, since this book has so many passionate fans, I would like to issue a caveat: If you leave me rude comments, I am going to delete these comments and block you. It is not personal and it does not mean that I hate you, or harbor any ill-will towards you. I just have zero interest in interacting with people who don't distinguish between criticism of a book and ad hominem attacks of an individual. Part of the reason I deleted all my reviews back in 2016 was because I was getting a lot of nasty comments on about five reviews and I made the novice mistake of arguing back with them and giving them that satisfaction of a response. I've grown up a lot since I first started using this site and now have little interest in arguing or fighting with people. I would rather spend my time and energy on writing snarky reviews or having positive interactions with my friends and followers.

In sum, THRONE OF GLASS was not a very good book in my opinion and at times was incredibly annoying. I have heard that the second book has more action and fight scenes, and since those were the parts of this book that I enjoyed the most, I will be reading CROWN OF MIDNIGHT soon (probably this week) to see if it's enough to compensate for the glorious bore that is Celaena.

I did have a lot of fun posting snarky status updates for it, though. ;-)

Also, this meme I made w/ MS Paint for my status update of THE BLADE ITSELF seemed relevant. 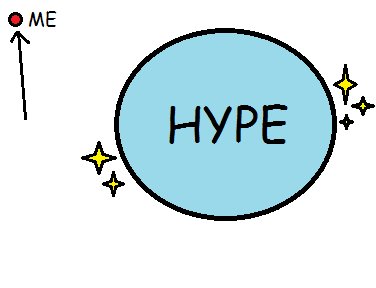