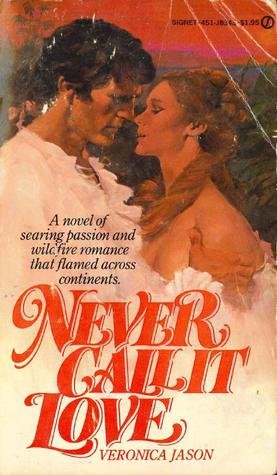 An acquaintance caught me reading this today and said, "What is that?" (I had the cover face-down, because I was a little self-conscious.) So I said, "Well, okay, this is a little embarrassing but I collect romance novels from the 70s and 80s." And I flinched internally, because so many people are like, "Oh... that's interesting" in that way you know means "I'm on to you, crazy romance-cat lady." But they were actually interested and asked to see the cover and paged through it while I explained about how romance novels have changed over the last few decades, and instead of, you know, asking, "Why do you read these books?" they said it was a "cool hobby."

BODICE RIPPERS ARE A COOL HOBBY, YOU GUYS.

No, but this made me so happy, because romance novels are so scorned, and bodice rippers are scorned even more, and I get why a lot of people don't like them, because they aren't PC and contain a lot of dark and upsetting content. But at the same time, they often have very rich and intricate plots, and soapy drama, and some surprisingly good historical research with little details that actually hold up with a bit of light fact-checking via Google. I love modern historical romances, too, but there are very few books being published now that are like these, and whether they're good or bad, it's fun to dissect the tropes and the problematic elements, MST3K-style.

NEVER CALL IT LOVE is an odd duck. It kind of reminded me of a cross between Amanda York's BELOVED ENEMY and Christine Monson's STORMFIRE, but it lacks the classical wtfery that is typical of books in these genres. The story is about an Irish man named Patrick and an English woman named Elizabeth. Patrick's young ward is raped and then killed by a "Hellfire Club"-like group lead by Elizabeth's sociopathic little brother. He lies to his mother and his sister about his alibi, so Elizabeth defends him in court, and pays for him to escape England aboard a ship. In revenge, Patrick rapes Elizabeth. She gets pregnant and he marries her... because he's a man of honor, or something (and actually, now that I think about it, I reaaalllly hope that my acquaintance didn't read that part when they were paging through this book, OMG), and Patrick and Elizabeth go to Ireland, where she meets his staff and his disabled bastard half-brother, Colin.

Spoiler: Everyone falls over in a dead faint over the *awesomeness* that is Elizabeth.

Patrick is all about liberating Ireland, and he's gotten involved in smuggling, too, and since he's still miffed at Elizabeth, he often goes off to do rebellion-related things, or else sleep with his mistress, Moira Ashley, who he would have married if Elizabeth hadn't entered the picture. Meanwhile, Elizabeth's brother, Christopher, gallivants around France, wrapping those French women around his murderous little finger, and even manages to charm one of them into getting him a job - which he then embezzles from. Patrick, on the other hand, is betrayed and forced to leave Ireland to escape the English who have found out about his would-be insurrection. He heads off for the tropics, and Elizabeth and Colin decide to go, too. There, Christopher surprises his sister with an unwanted visit (he was forced to run away after he was caught stealing and now has no money). He assumes that his sister will be only too happy to share, and that her husband has forgiven and forgotten. Patrick has done neither, but out of love for Elizabeth, grudgingly agrees to allow him to work in his distillery.

Spoiler: Christopher is murdered and found dead on the shore.

So THEN Elizabeth and Colin and Patrick go to the United States, to live in a cabin in the wilderness, but Patrick finds out about YET ANOTHER REBELLION which he absolutely must be a part of. So he abandons his wife and the daughter he now has, leaving them to survive a devastating winter with little food or supplies, and the daughter gets sick and almost dies. When he returns from playing rebellion again, Elizabeth tells him that he's murdered their daughter and he goes off to cry in the woods (really). She sees him and returns to her cabin to leave him in peace, where she's told her daughter is better. She intends to tell Patrick this, but falls asleep instead, and when she wakes up he is gone. A few weeks later, Colin gives her a missive that her husband has drowned.

At the end of the book, we find out that Colin was the one who betrayed Patrick to the authorities, and Colin was also the one who murdered Christopher (she thought Patrick did it). We've been led this whole time to believe that Colin was in love with his mistress, Catherine, but it turns out that he's been pining after Elizabeth ever since he met her, and his resentment at his brother for taking what he sees as his "rightful" place as heir, and for goading him into the horseback accident that caused his disability, mixed with sexual frustration, motivated him to do whatever it took to get his brother out of the picture. Even that missive of Patrick's death was forged - he burned the letter that Patrick had given him to deliver her, in the hopes that in the midst of her grief, she'd marry him instead.

Of course, after confessing all of this, Colin immediately kills himself.

Spoiler: Elizabeth isn't really that bothered by this.

The book ends "happily." Meaning that the two characters get together again, with their child still alive, and return to his home in Ireland. This was not a bad book by any means, but I raised my eyebrows at a lot of chunks of the story. Despite getting off to a pretty good start, with the evil gangs of rowdy boys and hate-hate relationship between the H and the h, it devolves pretty quickly into a sort of weird psychodrama that kind of reminded me of V.C. Andrew's Dollanganger series. Elizabeth's uncertainty about her brother being the spawn of Satan was so frustrating, especially since he murdered a kitten (D:<) and also had weird sadist porn in his room. He was such a manipulative liar and it was painful to see Mrs. Montlow (the mother) coddle him and Elizabeth enable him.

That said, I felt like he was axed pretty quickly - there was so much buildup of him being painted as a master manipulator, and I was expecting some kind of epic showdown. Like, he might use Elizabeth or her child against Patrick, in an attempt to kill him and her and take all their money or something. But no, instead Christopher sleeps with Moira Ashley and then embezzles more money, and is then murdered. How lame. I also felt like the Moira Ashley bit fizzled out, too. We keep getting told how women in her family tend to be "le cray" and she gets all Norman Bates-y every time someone accuses her of being "obsessed" with Patrick that I was expecting her to attempt to murder Elizabeth or partner with Christopher in some evil scheme. But instead she just disappears from the narrative.

I was also annoyed with the twist about Colin because up until the end, he was my favorite character, and finding out my favorite character was the villain all along was a very rude awakening. It would be like reading Harry Potter and finding out that Hermione was actually Voldemort the whole time. You would totally be like, "Wait! What? No! THAT IS NOT ALLOWED!" And that was how I felt about Colin being this obsessed, murderous ragebeast. ALL OF THE SIGNS pointed to Christopher and Moira being evil partners in crime; THAT is what I felt that the story was building up to.

NEVER CALL IT LOVE isn't a bad book, despite that. I will admit to being a teensy bit disappointed because Veronica Jason showed up on a list of authors similar to Rosemary Rogers, and let me tell you straight up: Veronica Jason is no Rosemary Rogers. She's not even a V.C. Andrews. She's Andrew Neiderman writing as V.C. Andrews. Which isn't to say bad - just that it's cheesy and over-the-top, and lacks some of the sophistication that I particularly appreciate and enjoy in my vintage novels. Also, the cover is lol-worthy because THE HEROINE IN THIS BOOK DOES NOT HAVE RED HAIR, so I don't know who that cover is supposed to be depicting, but definitely not Elizabeth. It's an endearing flaw, though, and as with the cheesy writing, I found myself rather fond of this book and its ridiculousness. I'm so grateful to my friend for giving this to me - I think this one's a keeper! ;-)