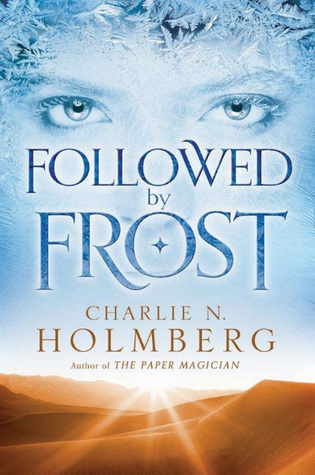 I think this is the first story involving a redemption ARC where I actually feel that the character in question didn't need to be punished. Hear me out: yes, Smitha is not a very nice person; yes, she's spoiled and selfish and doesn't help out her family as much as she should; yes, she's vain; yes, she turns down a strange man's proposal in a rather cruel way. Smitha is guilty of being vain and self-centered...but no more so than most other teenage girls. Are we bombarded with so many eerily perfect and uncannily nice female characters that we are supposed to riot against the first portrayal of an actual flawed and selfish teenager? I mean, I was no prize when I was a teen myself. I was actually unpleasantly surprised at the harshness of Smitha's punishment - especially since it comes at the hands of a man who is essentially stalking her. Smitha makes every attempt to avoid Mordan and he doggedly pursues her, approaching her when she doesn't want to be approached, ingratiating himself with her family to get access to her...it made me quite uncomfortable, actually, because I've been in a similar position, and women are told by society that they have to be "nice" and let people down "easy." Well, sometimes that doesn't work. Sometimes you have to be a "bitch" to get the message across. Did Smitha let him down as easily as she could have? No. But then, I didn't really feel like she should have, and if it was mean of her, she certainly shouldn't have been condemned to what should have been death and wasn't only by the force of her own determination.

Apart from that rather bitter note, I really enjoyed FOLLOWED BY FROST. It has an old-fashioned feel to it, more typical of the fantasy novels I read in the 80s and 90s, like Diana Wynne Jones's work or Gail Carson Levine's. Smitha is a teenage girl who is cursed to be as cold as her heart when she unwittingly humiliates the wizard who's been stalking - I mean courting - her. She becomes a girl of ice, followed by a savage and violent storm wherever she goes, and is kicked out of her village because of the havoc it wreaks upon their homes. Poor Smitha is doomed to wander in the wilderness, seeking out either the man who cursed her or others like him and capable of removing the curse. She's hunted, chases by dogs, and then condemned to loneliness in an icy cave. Well...not quite loneliness. She is followed by the embodiment of Death, a mysterious being named Sadriel who seems determined to have her at all costs, and ends up eventually coming to a kingdom far away. A kingdom that might need her help.

Smitha's development as a character was probably the best aspect of this book. I loved her slow transformation, and felt like all of her reactions to the curse and its effects seemed very real. Character arcs are my bread and butter in fiction; I love complex characterization that develops and changes over the course of a story. And even if she is selfish, it's impossible not to root for Smitha. The story is written in first person, so we're treated first hand to all of her internal struggles, and how often she just wants to give up and succumb to her horrible fate because simply enduring it is such a trial. Her constant discomfort, her inability to eat or drink solid food (it would freeze in her mouth), her loneliness - all of these things made me feel terrible for her. I think the last book I read that tortured the main character to this extent was Donna Jo Napoli's THE WAGER, a dark and Faustian tale about a man who makes a deal with the devil that involves him not being able to bathe for a year (and let me tell you, I have never taken a longer or more thorough shower than I did after reading that book *shudder*). She is the most likable unlikable character I have ever read.

Smitha's love interest was also very likable. I don't want to spoil too much, but I will say that he is kind and sweet and considerate and caring and masculine in a way that doesn't involve being a jerk - a rarity, I think you'll agree. Sadriel, on the other hand, was intriguing but brutal...a real Jericho f*cking Barrons, if you know what I mean. I didn't like how he hit Smitha, or got violent/mean with her. I also didn't like how we never meet Mordan again, because eff that guy - I wanted to see Smitha get her revenge on him. Instead, he gets off scot-free and gets to go back to his own kind and play with magic? What kind of a moral is that? (Part of me was hoping that maybe Sadriel was actually Mordan, which would make Sadriel's obsession with Smitha make sense, and Smitha would get her revenge on them both in the end. I was disappointed. On both counts.) I also thought it was unrealistic how everyone in Smitha's village would be all, "Yay, Smitha, you're back!" They were happy enough to see her go, weren't they? At the very least, there ought to be some guilt, like, "Oh no, she's back - and now she might want revenge because we were a-holes!" I certainly didn't expect Smitha to be all happy to see the people who kicked her out cheerfully enough. Even her own family weren't particularly upset to see her leave. And Smitha's supposed to be the selfish, bitchy one here?

Part of me wants to give this book a low rating, because I didn't realize until now how annoyed I actually was by this book (really annoyed, apparently!), but I really did enjoy the story and Smitha was a great narrator. I guess I will just choose to award my stars based on the heroine and the story alone, and everyone else in the book gets -1,000,000 for being hypocritical jerk-nozzles.