The Wicked House of Rohan by Anne Stuart 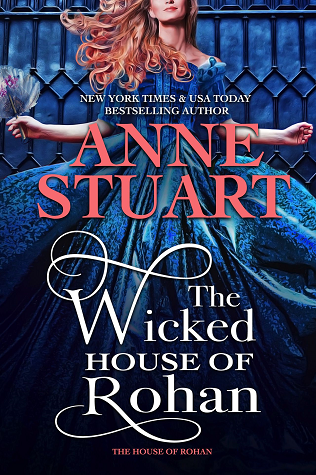 If Anne Stuart writes it, I will read it. I don't make the rules here, that's just how this works. THE WICKED HOUSE OF ROHAN is, I think, the prequel to her House of Rohan series. The hero in this short, Alistair, is the cousin to the hero in RUTHLESS. The heroine is a waif who is on the verge of starvation and agrees to sell herself as the virginal sacrifice to the Heavenly Host's sinister midnight games.

Unless... someone else gets to her first.

I really wanted this to be a full-length story because I think the premise was really great and the whole childhood friends to lovers trope is kind of a weakness to mine, especially if they make a pit stop to enemies land before they become lovers. This kind of read like someone ripped out the sex scene in a full length romance novel and was like, "Here you go!" and while I have no complaints about that given that this is currently free to read, it did feel... lacking.

I think you'll appreciate this short story more if you're already a fan of Anne Stuart's work but it's not a bad introduction to her style and it was pretty steamy for what it was.