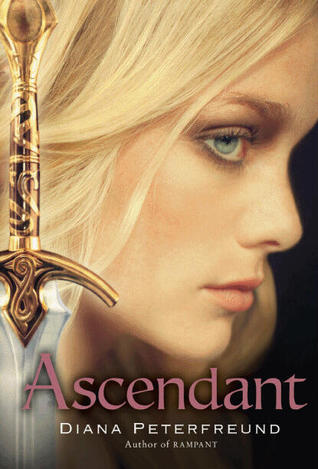 After reading and enjoying RAMPANT, I was super excited to dive back in to Diana Peterfreund's world of Killer Unicorns. The book begins where the last one ended: a battle-hardened Astrid is meditating on how much her life has changed since she took to the sword (and the bow) and became a warrior-nun/unicorn slayer.

But every book needs a conflict/antagonist, and it turns out that the baddie of RAMPANT has an ex-wife who is continuing his work. Only-- she's not quite the baddie he was. In fact, she makes Astrid an offer to work with her, giving her the opportunities to play scientist that she craves, and all she has is to watch over some lab specimen unicorns in the South of France. SEEMS SIMPLE RIGHT? It should be. Only, it turns out that her ex-boyfriend is there, too. Uh-oh.

After enjoying the first book so much, I was surprised that so many people were ambivalent about this sequel but after reading it I can see why. The biggest beef: the series was apparently cancelled. What was supposed to be, I believe, a trilogy ended up coming to a dead stop at book two, and book two ends on a cliffhanger of sorts, so there's no closure.

What makes it worse is that ASCENDANT is a confusing maelstrom of new and conflicting ideas that are diametrically opposed to the first book. Like, we're told how evil unicorns are from day one. But now, maybe unicorns aren't all they seem??? There's a build-up with the romance between Giovanni and Astrid in book one, but in this second book he's hardly there at all except for a couple fights. Brandt is rolled out as what appears to be the Jacob to Astrid's Edward, but he's so skeezy that you just can't buy him as a love interest at all. And since Astrid is all by herself in this French facility, it lacks the camaraderie that I loved about book one, with all the girls working together.

So even though I'm sad this series was discontinued, I guess I can see why it was. Maybe book three would have brought everything back together... maybe not. But this was a slog to get through. :(