The Bourbon King: The Life and Crimes of George Remus, Prohibition's Evil Genius by Bob Batchelor 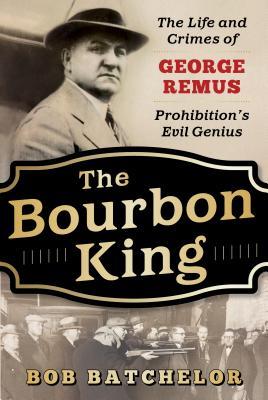 George Remus was a drug store owner, lawyer, and bootlegger during Prohibition. He was finally put away for his crimes after literally thousands of violations and foolishly gave his flighty and theatrical wife power of attorney, which she then used to confiscate his millions and take on another lover while he was in jail. Infuriated, Remus swore revenge, and when he was freed from prison, he tracked her down and shot her in the stomach.

It's quite the story and it makes sense why someone would want to take this menacing bourbon despot and write a book about his life. I was predisposed to favor THE BOURBON KING quite a bit because I've read Batchelor's biography of Stan Lee, also as an ARC, and really, really enjoyed it. Sadly, though, I didn't enjoy THE BOURBON KING as much as I enjoyed STAN LEE.

I think the problem with this book is actually similar to another book I read recently, called THE QUEEN, which was also a true crime novel about a lesser-known historical figure. I just think THE BOURBON KING was too long and dabbled in subject matter that wasn't focal enough or interesting enough to carry this book off to the finish. Your mileage may vary, but I personally felt this book was a bit of a disappointment. The best thing about it was that it pushed me to watch that episode of the Simpsons where Homer becomes the Beer Baron.