Save the Cake by Stella Torres 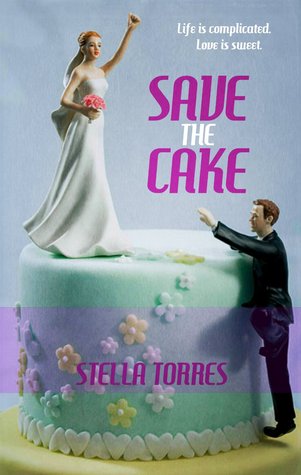 I love baking shows, especially The Great British Bake-Off and Adriano Zumbo's Sugar Rush. They are so wholesome and so delicious, even if they usually cause me to go to the store in search of some tasty doughnuts or pies. SAVE THE CAKE, then, seemed like a good choice for me, as it is the story of a baker who falls in love with a videographer while making a fancy cake for a wedding.

SAVE THE CAKE is written by Filipino author, Stella Torres, who is part of #romanceclass. I bought this while their August promotions were still on-going, along with probably a dozen other books. I love networked deals like this, because it lets me try a variety of similar books to see which authors' styles I like and which I don't. I've already found a number of new favorite authors through the #romanceclassdeals, all of them #OwnVoices.

SAVE THE CAKE is very cute and the cake descriptions lived up to my expectations. It's also one of the longer romances in the #romanceclass collective, as many of them are just over or under 100 pages. However, this one just didn't grab my interest the way some of the other books did. Eloisa was interesting but I wish there were more descriptions of her working, and that her romance with Sean was better fleshed-out. I also feel like her family drama was brushed over, especially the tension with her brother, Paul, who said and did some pretty awful things to her, and then at the end she forgave him very quickly. What?

This isn't an awful book for 99-cents but I can't really give it the ringing endorsement that I have given other #romanceclass titles. I put this on ice for a while, hoping I'd get more enthusiastic about it, but ended up forgetting most of what happened in the book. :/