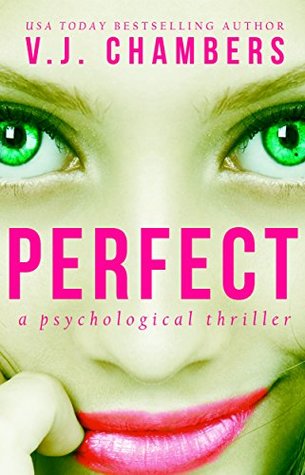 I bought this book when it was on sale for 99-cents because I really liked what I've read from this author before (for the most part) and the summary sounded a lot like a modern homage to STEPFORD WIVES, which is one of my favorite horror novels (and I love both movies as well, for different reasons). A reboot with fresh-faced yoga moms sporting glow-ups? It's the obvious conclusion.

Sidney, the heroine of this novel, is twice-divorced, overweight, and a struggling self-published author who has just moved to the bedroom community of Lassister Cove. All of the women there are yoga moms in the extreme and keep raving about this exclusive and intensive spa treatment called "Regimen," available at the Lotus spa and massage center. Everyone who's been through it says it's completely changed their lives - physically and mentally.

But there's a dark twist. Some of the people who participated in the spa treatment have disappeared. And the one person who's been friendly to her, a man named Leo, is most definitely in on it and hiding something from her. He seems to be on her side, and she's more attracted to him than she feels that she should be, but when her adult daughter starts to join the Regimen program, Sidney must play her cards very carefully...especially when her own life may be at risk.

God, this was so suspenseful and good. I blew through it in just a few hours (hence the lack of status updates). It kind of reminds me of a Criminal Minds episode I watched that creeped me out for days afterwards (can't say any more, because spoilers, but if you read this, and you watch criminal minds, I'm pretty sure you'll know exactly what I'm talking about). It was definitely inspired by Stepford Wives too but is different enough that I was never entirely sure what was going to happen, or what sort of twist it might take. I also feel like maybe there's a dash of Anne Stuart in this as well - she's famous in her psychological thrillers for having heroes who also might be the villain.

Honestly, it's a bit of a crime how underrated this author is. She's like Tarryn Fisher in that even while you can tell that her works are self-published, that gives them this edgy, personal charm that you probably wouldn't get in something mass-produced and edited multiple times, watered down in order to be palatable to a PC audience. She's had a couple books I didn't like so much but man, her thrillers are awesome. I can't wait to read the others I have on my Kindle so I can go out and buy some more.