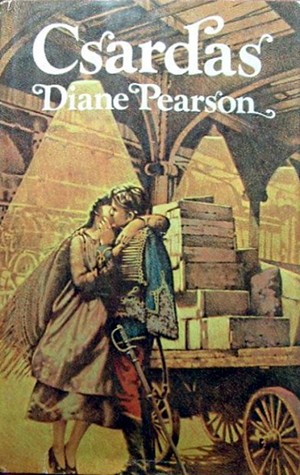 Usually, I have no trouble at all reviewing books I like but CSARDAS is a different kind of beast. After finishing the book, I felt both a sense of satisfaction (I got through 600 pages of weighty material! I did good!) but also a sense of dread. Sometimes, you pick up a book of such substance that simply reviewing it doesn't quite do the damn thing justice. This is one of those times.

CSARDAS, which according to the book jacket, is pronounced "char-dosh," is a novel of the Austro-Hungarian Empire written just prior to, during, and then immediately after WWII. It chronicles the lives of two families of noble origin, the Ferencs and the Racs-Rassays. The first part of this book is set before WWII, in an idealistic golden age filled with prosperity and affluence. During WWII, there is a sense of fear, desperation, and violence. After the war, when the Communist party forms in the void left by the Nazis, there is a sense of paranoia, hypocrisy, and futility.

The first part of the book was my favorite, because I thought the way Malie and Eva's relationships with their families and their love interests was portrayed was exceptionally well done. None of the characters here are purely good or purely evil, and that morally grey characterization really reminded me of THE BRONZE HORSEMAN, which is set around the same time, only in Russia.

CSARDAS nearly does for Hungary what THE BRONZE HORSEMAN did for Russia, only the last part of the book feels a bit weak in comparison to the first two thirds. It doesn't help that the main characters are either shunted to the side - or SPOILER: killed - meaning that the romance of the third act falls between a character who was previously secondary to the plot, Janos, and Terez. Neither had the depth of character that Eva and Malie did in the beginning, which really disappointed me.

That said, I'm really glad I managed to locate a copy of this out-of-print gem and I really enjoyed learning about WWII from a different angle. I also loved that the handy book jacket (which also included a pronunciation guide for the title), disclosed how long the author spent researching this book - 3 FREAKING YEARS - and the book itself included a detailed bibliography. That was cool.

The only thing better than reading these types of books is reading them with friends. Thank you, Korey, for being my book buddy!