I don't think I've read a book that was so mystifyingly over-hyped since FIFTY SHADES OF GREY. Every time one of these books comes out, my feed is immediately saturated with them for weeks. I realize that in reading these books, I am contributing to the problem, but I never said I wasn't a hypocrite. (Actually I probably did, but then again, how very hypocritical of me.) I read the first book about three years ago, and did not like it, but morbid curiosity inspired me to do a brutally honest reread of THRONES OF GLASS. The feedback was surprisingly positive (although I did lose a friend or two along the way, and even had some people block me). No hard feelings, though. You know what they say - those in glass castles shouldn't cast stones. Or something.

***WARNING: BIG SPOILERS AND SNARK AHEAD***

CROWN OF MIDNIGHT is book two in the chronicles of Celiac. I mean, Cellophane. I mean, Celery. Yes, let's stick with Celery. It's much easier to say than Celeana. In the last book, Celery partook in a Hunger Games-like competition to be the King's Champion for the hit new reality series in Adarlan, "Keeping Up with the Sardothiens." Everyone watched, agog, as a tiny, skinny girl inexplicably kicked the butts of men twice her size and strength, including me. It's almost like she hadn't been malnourished and imprisoned for years. Muscle atrophy, like smelly farts, bad hair days, and actually having to work at stuff, is something that just doesn't happen to Celery, Queen of the Mary Sues.

Unlike the rest of us pathetic mortals. *eye roll*

In this book, Celery is the King's Champion, and the obviously corrupt king is having her kill his dissenters. Only sucks for him, because Celery is totes Scarlet Pimperneling him, faking their deaths and mercifully allowing them to escape instead while bringing back the severed heads of scavenged corpses. (It's almost like she isn't good at her job as an assassin or something.) ((Also, girl, what's up with the weird severed head fetish? It's like my girl Celery thinks that they're Pokemon cards and she's gotta trade and collect 'em all.)) At the same time, she's trying to decipher the secrets of the Wyrdmarks, with the help of Nehemia, AKA Queen Bae.

Nehemia was the best thing about book one and also the best thing about book two, and she and Celery had way more chemistry than Celery did with either Kale (because he's overrated, like the vegetable kale, and often appears when not wanted) or Durian (should be obvious, but because he stinks. Like durian). So what does Maas decide to do to Nehemia? Kill her off, obviously. I'd been warned about this beforehand - because people have no self-control when it comes to spoilers in this series, it's like GAME OF THRONES (guess how I learned about the Red Wedding?) - but it still totally caught me off-guard and made me angry. To understand why this plot twist made people so angry, it's because it's totally an example of the Magical Negro trope. Fans argue that Nehemia's death was important, because it was the catalyst to Celery finding out The Truth - but that is literally the exact definition of the "Magical Negro" trope. To quote the wonderful TV Tropes wiki: "[they] have no goal in life other than helping white people achieve their fullest potential; he may even be ditched or killed outright once he's served that purpose" (emphasis mine).

And here's what Nehemia says about her fate when Celery raises her from the dead to ask her for secrets and also lamely apologize: "I knew what my fate was to be, and I embraced it. I ran toward it. Because it was the only way for things to begin changing, for events to be set in motion" (290).

YOU SEE. YOU SEE THAT.

After that, Celery sulks over Nehemia's death while also seeking vengeance, blames Kale, runs back to Durian, and stalks the Finnick O'dair knockoff, Archer, because of his possible involvement with the rise of the lost Terrasen queen, Attlestar Galactica (or, you know, whatever). Turns out Kale didn't mean to kill Nehemia and she blamed him mostly falsely, but that's okay because he's a saint. Turns out Durian has magic and so does his evol father, but that's okay, because Durian's a saint. Turns out Finnick O'dair was the bad guy, but that's okay, because Celery still has two other love interest to ping-pong between, so screw him, he's no saint. Oh, but the bestest part of all is the grand reveal:

CELERY IS THE PART-FAE DESCENDANT OF AN ACTUAL GODDESS AND THE LONG-LOST QUEEN. It's like, you thought your girl Celery was a Mary Sue in the last book with her "I'm so beautiful, don't hate me because I'm amazing" "I can kick butt and you'll never see me break a nail doing it, but let me list out my murders like I'm a DnDer listing out my character's statz" - hold the phone and let's take these Mary Sue levels from 1 to "This is my Original Character from my Crossover fic about TWILIGHT AND HARRY POTTER." She even has magical eyes that are blue ringed with gold and we get this line that actually made me laugh out loud, because it totally sounds like something someone writing a crossover fic about TWILIGHT and HARRY POTTER would say: "I somehow inherited the ability to shift. Between my Fae form and my human form" (312). 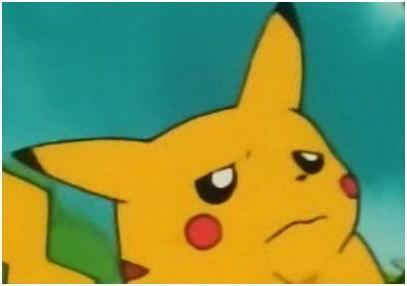 I'm also super confused. Did she know who she was all along? Lose her memory? I feel like this wasn't really foreshadowed that well at all in the first book. You'd think that if a reveal like that was planned, there'd be more hints so readers wouldn't be all, "holy literal deus ex machina, Batman!"

So, apart from... THAT... how was the book? The writing was significantly better. If the first book was a one-star review that had been bumped up to a 2, this book was a three-star review that had been bumped down to a two. The action sequences were better, the writing was tighter, there were fewer moments where I wanted to hit the EJECT button that would catapult Celery from the narrative so I would never have to lay eyes on her smug little face ever again. There's still a lot that's really frustrating, though, and I think the biggest technical problem of this story is that rather than the characters driving the story, the story drives the characters. Their characterization is inconsistent, especially Celery's, and they will fluctuate between very different personalities whenever it's convenient for the plot. Add to that the fact that Celery's "abilities" are constantly getting stacked on top of each other, like a very special game of Mary Sue Jenga, and that shtick gets old, fast.

I'll be continuing this project with HEIR OF FIRE, so stay tuned for more updates!