Brimstone and Marmalade by Aaron Corwin 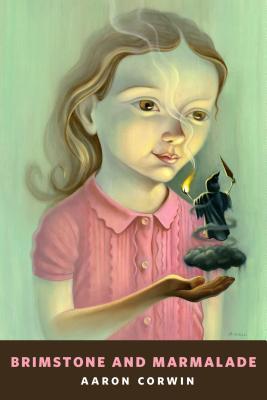 This story made me cry.

Mathilde doesn't want a demon for her birthday, she wants a pony. But a demon is what her grandmother gets her, because demons are easier to take care of than ponies.

"I AM IX’THOR, MASTER OF THE VENOMOUS PITS OF KARTHOOM!"

Mathilde is less than pleased with Ix'thor, which just goes to show how crazy she is. Speaking as someone who has spent a fair amount of time with horses, ponies smell. Ix'thor, on the other hand, has a flaming sword and surrounds himself with smoke.

Oh, and you feed him by putting grub souls on a little stone altar.

When disciplining him, you beam a flashlight at him instead of spritzing him with a squirt bottle (although I imagine holy water would probably do the trick nicely too).

One of the best things about this story is how Mathilde is written. Corwin really captures the mentality of a child. Mathilde wants a pony because the girls she associates as having greater social capital all have ponies, and she wants to fit in. On the other hand, once she shows her friends her demon and they are impressed by his fearsome powers, she starts to realize her pet has value. And as she gets to know him, and bonds with him, she likes him not because of them, but because of who he is. It's a really great portrayal of how affection develops and grows over time.

The ending of this story is depressing as heck, though. I never thought I'd cry over a demon.

In the words, of Ix'thor, this story was: EXCELLENT. Just make sure you have a tissue handy.