A Good Girl's Guide to Murder by Holly Jackson 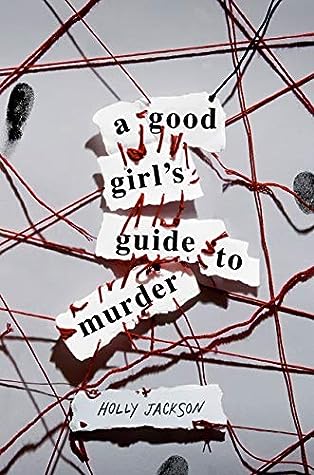 I'm quitting because I'm finding the writing style to be nigh intolerable. This is written in such a way that the reader knows right off the bad that the author wants all of us to know that her main character, "Pip," is quirky. Very quirky. Extremely quirky.

The premise of the story is basically that Pip is working on a capstone project where she has decided to investigate the murder-suicide of an Indian man and his blonde girlfriend. She doesn't think he actually did it because he was "nice" to her and she has a feeling. This being a young adult book with a presumably happy ending, I'm assuming her feeling paid off and he was actually innocent. Iunno.

It's told in a mixed media style, with Facebook posts, interviews, and excerpts from Pip's notes, along with normal narratives showing Pip living her every day quirky life in between research. The writing style makes it feel like she's much younger than she actually is. I think she's supposed to be a high school senior but she acts like she's in middle school. It kind of reminds me of the Sammy Keyes books, if you remember those.

I feel like maybe I would have enjoyed this more if I were younger and hadn't read so many other YA mysteries that I enjoyed better than this one. I'm giving it two stars because I feel like I could probably force myself through this if I really tried, but I don't really want to try. Life is too short.