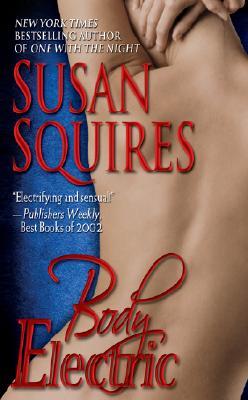 💙 I read this for the Unapologetic Romance Readers' New Years 2018 Reading Challenge, for the category of: Science Fiction Romance. For more info on this challenge, click here. 💙

While reading this book, I had the song "Silent Running" by Mike & the Mechanics playing in my head on loop because it reminded me of a good 1970s science-fiction movie, like Westworld or Silent Running - one that might be a little dated, but still holds up over time because of how it tackles serious ethical issues about what happens when technology goes too far or falls into the wrong hands.

Looking at the cover for this book, you might think that you're going to get something like ABSOLUTE BOYFRIEND meets DEMON SEED. A lonely woman creating a "sensual" artificial intelligence that she wants to find a human body for? Gee, that doesn't sound creepy at all. I had nightmarish visions of what that story line would entail, let me tell you. Spoiler: The Mummy.

What I got instead was an incredible story with a great romance and pulse-pounding action. It had this fantastic 70s or 80s movie vibe, and I kept thinking to myself, "Damn, it's a shame people are pretentious twits who can't look past a romance cover, because this would make an amazing movie!"

Vic is a brilliant computer hacker working for a huge software company named Visimorph whose creator, McIntire, has a total monopoly on the industry. Vic is in charge of one of their newest products, Neuromancer (yes, named after the William Gibson book), but she's also got a side-project nobody knows about that's hidden inside Neuromancer's code: the first truly autonomous AI, Jodie.

Jodie, who is named after Jodie Foster, feels a near-instant bond with its creator, even if they sometimes butt heads or misinterpret the other's feelings or intentions. It wants to please her, and tries to get her gifts or presents, and feels jealous when it sees others attempting to vie for her affections (but not in a creepy way). After watching Jodie evolve and grow, Vic feels affection for her creation in the manner of all creators, but when she learns that Jodie identifies as male (and not female, as she originally intended), that affection quickly grows muddled and far more complicated - especially when Jodie expresses his desire for a body, so he can live, and breathe, and feel, as he aches to do.

BODY ELECTRIC references many cyberpunk books, like Ray Bradbury's I SING THE BODY ELECTRIC, William Gibson's NEUROMANCER, and even THE CONCEPT OF MIND, in reference to Gilbert Ryle's criticism of mind-body dualism. This is only fitting, though, considering the weightiness of the subject matter. Even though I would call BODY ELECTRIC a romance, it brings many interesting and serious discussions to the table like gender identity and dysphoria (and the pain of having someone misgender you, especially intentionally); what it means to have true AI, and the ethics that come with that; and, of course, sexism, particularly sexism faced by women in a male-dominated industry where their achievements are either overlooked, appropriated, or both.

I couldn't put this book down. It was one of those books I found myself thinking about as I went about my day, looking forward to the moment when I could return to the story. McIntire is a truly terrible villain, and I found myself invested in Jodie and Vic's star-crossed romance, wondering how they could possibly have a happy ending when they had so many people working against them. There are moments when it was almost painful to read, but there was no way in hell I was going to stop.

I can't wait to read this author's other books.

P.S. This makes for the first romance I've read that involved sex on top of bubble wrap.