Ask For It by Sylvia Day 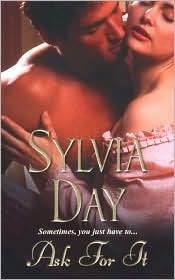 Before Sylvia Day made it big with her contemporary erotica - which I have nicknamed Fifty Shades of Guns - she published historical erotica. I have been curious about this author's work for a while and historical erotica seemed like it would be a better match for me than contemporary. I was thrilled to find a copy of ASK FOR IT, the first in her Georgian series, for a mere 50¢.

It starts out okay. Elizabeth and Marcus are ex-lovers who were betrothed until Elizabeth caught him with another woman. Then she broke up with him for another man, Lord Hawthorn. Hawthorn and Marcus are both spies for the Crown and when Marcus finds out that Elizabeth's a widow, he goes in for the kill. And by "kill," I mean "that booty."

The sexual tension is decent, and I enjoyed the story until about 20% in when the hero and the heroine have sex for the first time. Why? Because it's basically rape. The heroine tells him no, fights him, resists him, and his answer to this is to tie her up so she can't move, tell her it's for her own good (basically), and then resume having sex with her. There's some BS about how he's giving her "the freedom" to enjoy him without "guilt."

Um, newsflash, bondage only works like that if there is consent, which there is clearly not in this case. Unfortunately, this is a hero who is obsessive AF and doesn't know when to BTFO. The heroine is talking to another man? She must be cheating, that slut. The heroine locks him out of her room so he won't have sex with her? Clearly the answer is to obtain a key and break into her room. The heroine flees him to one of her lesser-known estates? Follow her there, and then sneak into her bed, naked, while she's asleep, while there is another man actively making attempts on her life, because no way is she going to freak out to waking up with a strange man in her bed, nuh-uh, nope. Insane!

The author also has a fondness for certain words, which she uses excessively. I began making mental tick-marks every time they had sex (and they do have sex many, many times). Each sex scene uses some variant of the words silk/silken, clasp, cunt, fuck, cock, swirl, curl, depths, and caress. But the word she uses the most is one of the few words that guarantees an instant turn-off for me.

I will give you one guess as to what that word is.

He ran a blunt fingertip through her cream... (72)

He jerked his hand along the length and creamy moisture leaked from the tip (75).

She gazed, eyes riveted to the sight of the thick, proud shaft slick with her cream... (80)

He fucked through [her rippling caresses] like a mad man, forcing his cock into grasping depths, dipping into the scalding cream that bathed her inner thighs and lured his seed (115).

Eyes wide, Elizabeth whimpered as the hot velvet of his tongue swirled around and between her fingers, lapping her cream (161).

...he spurted, his hot seed splashing in creamy bursts through her fingers... (164)

Then his hand was between her legs, his long middle finger slipping through the lips of her sex to glide through her cream (209).

He was ensnared, gripped tight by her lithe thighs and creamy depths... (211)

His erection, covered in her cream, grew cold, but didn't diminish (212).

His hand, drenched in her cream, cupped her breast, pinched her nipple (232). 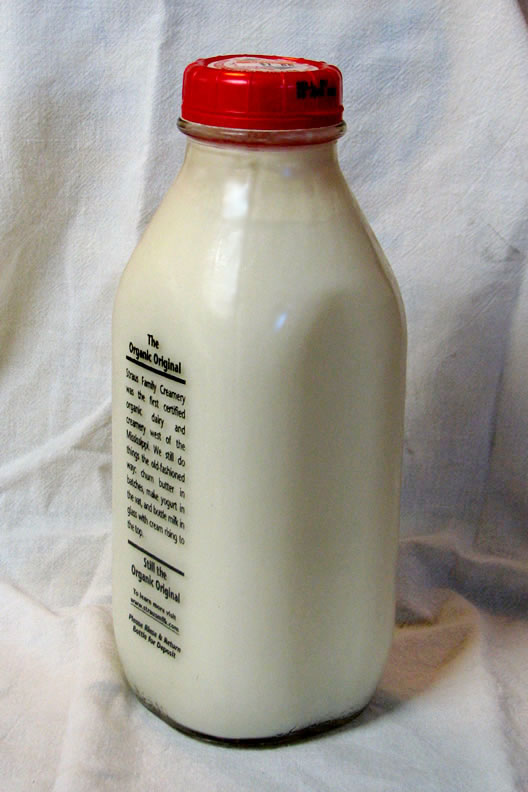 If you guessed "cream," you won! Congratulations!

Unless I'm reading a romance between a dairymaid and a milkman, I don't want to see the words "cream" or "milk" in my erotica - and this author uses both. A lot.

Other minor annoyances:
-:The dialogue is not done to the period. The hero drops f-bombs left and right.
-:The heroine has purple eyes. They're described as "amethyst."
-:The espionage and murder angles are incredibly half-arsed.

P.S. Here are some stewed nectarines drenched in cream. 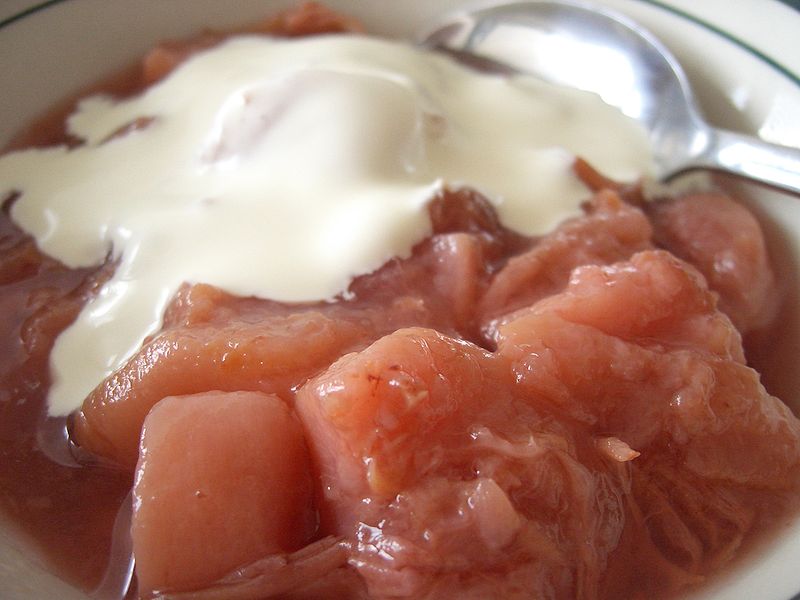 Think fondly of me - and this book - the next time you're having your morning coffee. ;)