A Beautiful Lie by T.E. Sivec 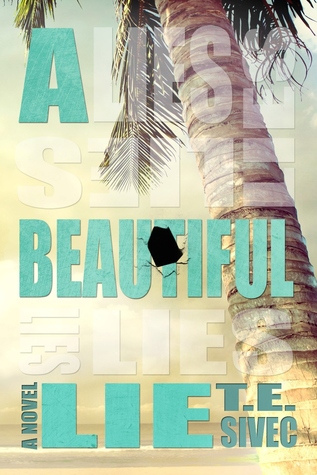 I really tried to give this a fair shot and maybe if I had forced myself to the very end of the story, I could have found some redeeming factor to bump this rating up to a 2*. But you know what? Life is short and there are a metric bleep-ton of books in the sea, and it really isn't worth slogging through 300+ pages just to see if something might make a 1* book 2*s. So here we are.

I didn't get that far into the book but the premise is basically this: two hot guys walk into a coffee shop where a girl is and it's love at first side. Before your reverse harem panties get into a twist, let me be the first to tell you "SORRY." One of the dudes pees on her (metaphorically) to mark his territory and the other dude backs off nobly, even though he's the one the girl is really in love with.

So girl and second best get into a relationship and are about to get married when he's deployed to the Dominican Republic. Their marriage-to-be is on the rocks, so girl feels mixed feelings now that her fiance is did, because that frees her up for guy. But oh no, it turns out second best's death might not have been an accident, so now noble guy feels compelled to investigate his death.

Girl, who is TSTL and one of the most slappable characters I've encountered in a while, decides to plunge headlong into SEAL business, and for whatever reason, she gets the job. Noble guy is super angry and girl just hikes up her chin defiantly and settles in to do the job. Even more tension and anger ensues when she finds out that she'll be posing as noble guy's wife on the mission.

The writing wasn't that bad, although there were tons of random POV swaps mid-paragraph even, and the author was super fond of laying everything out and basically abusing the hell out of the "tell" function of storytelling instead of "showing" anything. The characters were all pretty awful people and, perhaps even more unforgivably, ridiculous cardboard cut-outs who I felt no emotional investment in, beyond a stinging hate for the girl and a wish that she would be lost at sea.