CRUEL BEAUTY was our October book of the month in the Unapologetic Romance Readers group - in fact, it won by a massive landslide. Not that I was surprised. CRUEL BEAUTY made quite a stir when it was first released; it seemed like everybody was singing its praises and mooning over Ignifex. On the surface, it sounded like a great story - love and death, revenge, magic, fairy-tales, demon lovers. That's Nenia to a T. But it was also YA. And I've been burned by the YA genre more times than I care to count. My heart couldn't take any more disappointment. So anyway, we started reading CRUEL BEAUTY in URR, and I was defensive and hopeful all at once as I prepared myself for the inevitable let-down...

Only to fall in love with the book.

I couldn't put it down. I think I read 40% of the book the first day. I finished it as soon as I got home from work the next day. Nyx isn't like other heroines. She isn't perfect and good - she's angry and vengeful and bitter, and rightfully so. Her family sucks, man. Because of a bargain her father made with some demons, her mother died in childbirth and he selected her to be the sacrifice so he can keep the sister who resembles the mom while boinking the aunt under their own roof. How messed up is that?

But Nyx doesn't just have the responsibility of avenging her family. She lives in this Greco-Roman city called Arcadia that's been frozen in time for almost 1,000 years because of a curse. They have a parchment sky and a demon lord, called the Gentle Lord, who makes Faustian bargains that always end in curses and tragedy. To fulfill the bargain made by her father, she has to marry him. To fulfill the prophecy handed down by their alchemists through centuries, she has to kill him.

There's a lot of Roman mythology in here, but it also borrows heavily from European fairy tales and folklore, notably Bluebeard's Castle (one of my favorites), Faust, Rumpelstiltskin, and, of course, Beauty and the Beast. It should have felt clunky, but I felt that the author blended everything seamlessly. I liked the alchemic magic system and how it fit into the world. The descriptions of Ignifex's magic house were amazing - I could easily picture the Heart of Water and the Heart of Air, but I'd like to see it on the big-screen. Maybe not even by actors...maybe animated, by Studio Ghibli, like they did with HOWL'S MOVING CASTLE. That would be appropriate, I think. Especially since there's more than just a dash of HOWL'S MOVING CASTLE in here, too.

And can we talk about the feels? 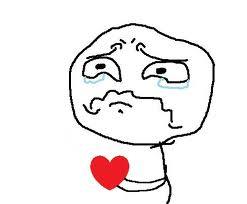 "I suppose gods as well as men become stupid when they have a chance to get everything they want."

Oh, yes. CRUEL BEAUTY is a stunning, beautiful book that definitely lives up to the hype.

I will be reading that sequel.