The Game Maker by Kitty Thomas 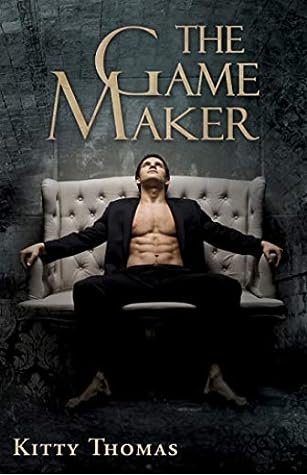 I basically have two moods: Trash and Not Trash. Today was Trash, so I went and bought every single Kitty Thomas book I saw that was on sale that I didn't already own because even though her books aren't super well-written and complex, she's a good story-teller and clearly is self-aware enough to understand what so many people don't get: there's a difference between writing dark stories as escapist fantasies and actually muddling them into something that's idealized and romantic. I actually really liked the disclaimers in her works acknowledging that these are intended as fantasy and should NOT be emulated. Like, duh.

THE GAME MAKER is a really dark story. The heroine, Kate, ends up fired from her job for sleeping with his boss and he retaliates after their breakup to make her life an extra bitter flavor of misery. She's so desperate that she's considering selling herself for money and ends up turning back to her ex, which is where things get... weird and darker still. Because someone knocks her out and she wakes up in a cell with another guy who's also captive, and a third guy on an intercom who wants them to play a sick little game with him involving blackmail and... some not very fun things.

This is a lot like the Saw movies, only instead of torture, it's blackmail and non-con/dub-con, and there's also a twist, so if you think you know what's really going on-- you don't. Sometimes it was a little too dark even for me but I pressed ahead wanting to see what happened, and it ended up being a really satisfying story with an interesting and uncertain ending. I wouldn't exactly read this as a romance but it is erotica and it's pretty thoughtfully written as far as these stories usually go. Kitty Thomas can sometimes be hit or miss with me but I usually end up really liking her work and I'm happy to say that THE GAME MAKER ended up being one of her successes for me.