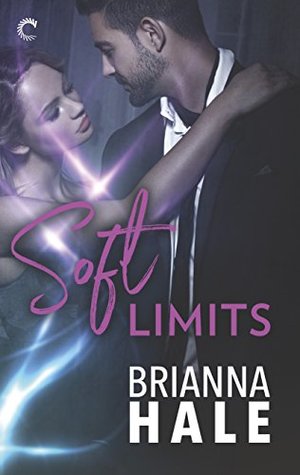 There are things that I love in erotica and things that will send me running from the room, and of the things that will send me running, sadism, spankings, and Daddy-kink rank pretty high up there. My most recent brush with sadistic erotica came in the form of Anne Rice's THE CLAIMING OF SLEEPING BEAUTY, which held all the sexual appeal of having a pap smear or getting a cavity filled. I know it's wrong to judge a genre by a single example, and I am constantly railing about that on behalf of bodice rippers or the romance genre in general, but I've also seen a number of Daddy-kink and sadistic erotica novels in the "free" section of the Kindle store, and the samples that I've read there were... well, terrifying. And not in the "good" way, but the "holy shit, why?" way.

I recently read another book by this author called MIDNIGHT HUNTER, the only work of hers that isn't Daddy/little BDSM kink. The story was set in East Germany, when the wall was still up, and communism had filled the vacuum left by the defeated Nazis. MIDNIGHT HUNTER was incredibly well-researched, and while a romance between a would-be "traitor" and a Stasi officer should have had me running in the other direction, I actually really found myself enjoying the story because of how the characters were written and how true it felt to the times in which it was set. It felt believable.

I enjoyed the book so much, I sent the author a message telling her so, and she suggested SOFT LIMITS, as it was, in her opinion, the best of her three erotica novels - although she was pretty clear about what sorts of kinks were involved. I was skeptical, but the premise of SOFT LIMITS sounded very intriguing. A hot French stage performer who specializes in... villains (OH BOY) who also wants to do naughty stuff to the ingenue he's unwittingly hired to write his biography?

The sample for the first two chapters of this book is actually included in the back of MIDNIGHT HUNTER, so I read the sample (still skeptically) and instead found myself charmed. The book was a bit pricier than what I normally spend on ebooks of that page count, but I'm sick, dammit, and wanted to do something nice for myself, so I bought SOFT LIMITS...and ended up finishing it in a single sitting, in just under three hours. It was so good that I literally could NOT put it down.

I'm still not sold on the whole "Daddy" thing, but it worked within the context of the story. Hale took scenarios and endearments that I thought in no way could possibly hot and made them hot. How she did that, I don't know. Dark magic? Possibly. It also helped that I liked both characters immensely. When E.L. James sat down to write FIFTY SHADES OF GREY, I feel like she wanted to write something like this. In some ways, they are similar stories. Evie is an Anglophile who is studying English literature in her university and ends up conducting an interview with the man who ends up being her lover later by chance. Frederic is an older man (in this case, much older - 18 years older) who is charmed by the innocence and artlessness of the heroine, and wants to indoctrinate her into his wicked ways of love. The difference is that Frederic doesn't force Evie into anything, he doesn't belittle or control her, and he always makes sure that she is happy (whereas Christian is like YOU MUST PLEASE ME AT ALL TIMES, 24/7. Lol, how about no). Evie also isn't a blushing dunce who must be dragged into the dark realm of Kink; she's had the fantasies for years and Frederic merely provides her with the outlet that she needs to explore them fully. Also, the heroine has a pretty good relationship with her family and they make several appearances in here! Nobody is abusive or using BDSM as an outlet for things that they should be seeing a psychologist about. Hooray!

As an Anglophile and Francophile myself, I must also say I appreciated all the references to British and French literature: JANE EYRE, Georgette Heyer, PHANTOM OF THE OPERA, HUNCHBACK OF NOTRE DAME - I have read and adored all of these, and seeing them in here was like catnip. Like Evie, I also think that villains are hot, which is why I have a villain-gets-the-girl shelf on Goodreads. Also, yes, Phantom/Christine, Jareth/Sarah, Julian/Jenny and Kylo/Rey are all ships that I sail joyously and unapologetically. I even shipped that one chick with the psycho hitman in that Red Eye movie with Cillian Murphy, because I have problems (but apparently so do other people, because there is a hell of a lot of fanfic for that movie). It was nice to see villains get some love here.

The only thing in this book that I wasn't really keen on was that trope that I just can't stand generally but is so prevalent in romance novels: The Idiotic Misunderstanding of the Last Act. There's always a misunderstanding and I could smell the one in here coming a mile away. Evie totally overacts and ended up making me like her a lot less. I could see why she felt the way she did, ultimately; she put herself in a very vulnerable place, for the sake of trust, and having that trust betrayed made her feel as though she had perhaps been betrayed in other areas, as well. I got that, but it was still annoying.

Apart from that, I really enjoyed this book and look forward to seeing what this author comes up with next. She's becoming a fast favorite of mine; it's truly rare to see erotica that is *this* good.