Only Truth by Julie Cameron 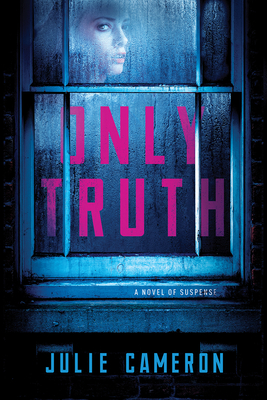 As much as I love romance novels, nothing resets the clock on a bad book slump for me like a solid thriller. And if said thriller stars a heroine facing her own inner-demons while trying to figure out if the killer is out there-- well, so much the better. ONLY TRUTH was exactly this, and it was so, so good in a way that had me envisioning it as a TV drama. The heroine, Izzy, is flawed and sympathetic, and her back story truly is dark.

When Izzy was a teenager, someone tried to kill her by hitting her hard on the back of the head and then leaving her for dead. Against all odds, she survives, and though she remembers very little of the incident, she still has PTSD from it. Now she's married and moving to a picturesque house in the English countryside and it seems like everything should just be jam and biscuits.

Because as it turns out, her pretty new house might just harbor some incredibly dark secrets-- especially when she finds out that it comes with a hidden room that doesn't appear in the floor plan. Creepy, right? As with other books in this genre, the husband and those around her, gaslight the heroine and make her second-guess herself. And just in case creepy rooms and murder weren't enough, there's a ton of other drama thrown into the mix.

The suspense of this book is really well done. There are two main POVs and a couple of side POVs. The two main POVs are Lizzy, of course, and the other-- well, I don't want to say too much, but it's a man who has demons of his own, only he isn't quite as careful about keeping them locked away. I found myself on the edge of my seat for this book, waiting for the two POVs to connect and I wasn't disappointed. I had a lot of it figured out, but the author managed to throw a couple curve balls my way, too, and there were several scenes in here that had me cringing in disgust and horror.

I should note that this book has several graphic passages of violence and gore, and there are some animal deaths in here (one in particular made me very sad).