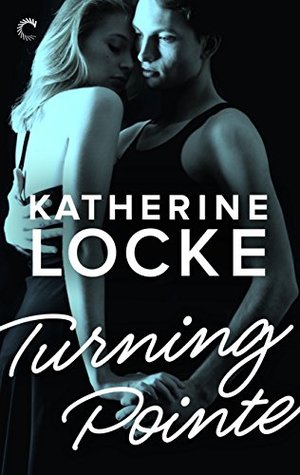 TURNING POINTE is the (free) prequel to the rest of the District Ballet Company series. This novella ends with the traumatic event that kicks of SECOND POSITION, and looms over the novel like a dark cloud. This is the "before" that precedes the "after."

I wanted to read TURNING POINTE while SECOND POSITION was still fresh in my mind. SECOND POSITION was a difficult book to rate, because while I loved the writing in it, I couldn't stand the characters & found it difficult to understand their choices. I wanted to see the events that happened in their "before" that made them into the people that they became in the "after."

Zed and Aly are ballerinas and best-friends on the cusp of becoming something more.  These characters are several years younger than their SECOND POSITION counterparts. They're both still teenagers and incredibly naive, yet also quite mature in other ways. The carefree breeziness of their romance is totally crushing given that I knew what happens to them in the sequel. (Spoiler alert: bad things.) It's like watching a horror movie, and seeing a character you like going into the room where the killer is, and knowing that, because they're not the main character, they're probably going to die.

TURNING POINTE is basically an exercise in foreshadowing. All the clues and the hints and the signs are there, and tie as neatly into SECOND POSITION as a pair of pointe shoes. I did think the quality of the writing was slightly inferior in this novella to SECOND POSITION, and the characters made some extraordinary foolish decisions - for example, Aly has an eating disorder that has caused amenorrhea, and assumes (incorrectly) that because she isn't getting her period, she can't get pregnant. That is in keeping with the mindset of some teens, though, so that really can't be faulted.

This isn't a bad addition to the series. It isn't necessary, but it does add some perspective into why the characters are the way they are in the sequel. If you prefer to fill in the lines yourself, I'd suggest skipping over this book...at least until you've read books 1 & 2, first.